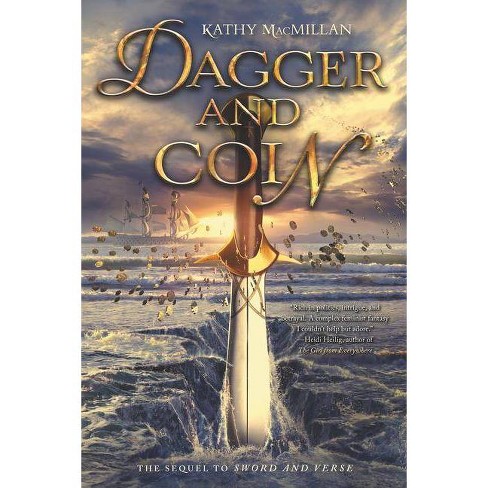 Rich in politics, intrigue, and betrayal, Dagger and Coin is a complex feminist fantasy featuring a tough and prickly ex-princess that I couldn't help but adore.--Heidi Heilig, author of The Girl from Everywhere

The sequel to Sword and Verse follows a familiar face--Soraya--as she attempts to rebuild a nation after the downfall of the monarchy. Readers who love Rae Carson and Kristen Cashore won't be able to put this fantasy down.

Soraya Gamo was meant to be queen of Qilara, until an Arnath slave rebellion upended the social order and destroyed the capital city. Now, improbably, she sits on the new ruling council beside Mati, Raisa, and Jonis from Book 1, and must work with her former enemies.

She finally holds the political power she always wanted--but over a nation in ruins. As she helps to rebuild Qilara, she can, at last, use what everyone once told her to hide: her brain.

But not everyone is ready to accept that the Arnathim are no longer enslaved to the Qilarites. So when a slave ship arrives in the city, full of Arnathim captured before Qilara fell, the civil unrest that has been bubbling since the rebellion erupts.

Forced to confront her own prejudices, Soraya struggles to gain the trust of the Arnath people she once disregarded and establish peace in what has become chaos. With the threat of attacks high, Gelti, a former guard captain, trains Soraya in self-defense. As the two grow close, tension within the city ramps up, with danger, betrayal, and deception meeting Soraya everywhere she turns.

Friends become foes, adversaries become companions, and the clashing of classes threatens to unravel all the good Soraya has been trying to do. Can Soraya, raised to be a submissive Qilarite lady, learn to be a true leader? Or will the sins of her past forever haunt the footsteps of her future?

--Heidi Heilig, author of The Girl From Everywhere
If the item details above aren’t accurate or complete, we want to know about it. Report incorrect product info.