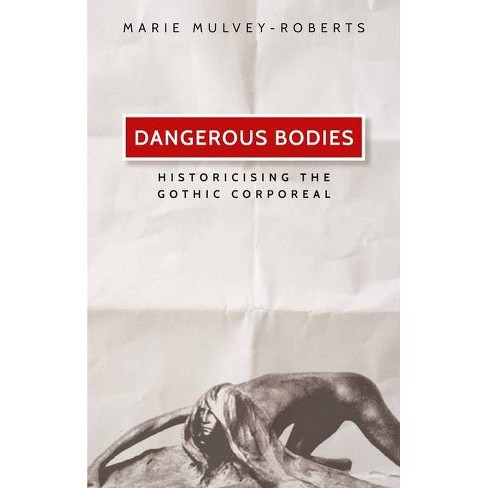 "This book breaks new ground in Gothic studies by relating a series of enduring images of the body in torment to actual historical events and trends[...] A significant addition to the body of writing on the Gothic, the study of Gothic as writing on the body." -- David Punter, Professor of English, University of Bristol
"Mulvey-Roberts has put together an excellent text that is soundly designed and structured, rigorously documented and supported through compact and learned endnotes, and includes cogently argued concepts, analyses, and interpretations. Dangerous Bodies: Historicising the Gothic Corporeal will, I hope, become a standard text for the field." - Edmund Cueva, The Irish Journal of Gothic and Horror Studies 16 (Autumn 2017)

"...this study is a deeply historicized and thoroughly researched reading of several canonical Gothic texts and one film, spanning the period from the eighteenth to the twentieth century - The array of topics brought together here is dizzying - the past scholarship and new insights are brought together to create a seamless account of how the Gothic recounts, parallels, anticipates, and unfortunately sometimes encourages historical atrocity - Dangerous Bodies [is] a valuable and unflinching analysis that reaches beyond our current critical limits." - Kasee Laster, University of North Georgia, Science Fiction Studies
"The gothic imaginary foregrounds the body unlike any other imaginary. In her methodically researched and richly detailed work, Dangerous Bodies: Historicising the Gothic Corporeal, Marie Mulvey-Roberts confirms this truth. Corporal parts, the bloodied bits, scraps and orts of the human body, and Gothic's preoccupation with threading them often literally together, as in the case of Mary Shelley's Frankenstein, are evaluated in Mulvey-Roberts's text. The Gothic has always explored, exploited and revelled in the extremes of the body; it has always enjoyed the messy, monstrous and grotesque potential that the human form offers. Similarly, Mulvey-Roberts revels in the critical possibilities and scholarly opportunities that a study of gothic corporeality holds." - Hannah Hutchings-Georgiou, University College London, British Society for Literature and Science