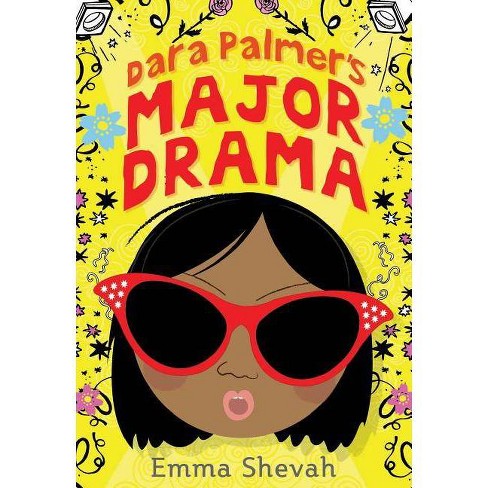 Dara Palmer is destined to be a star, and she's writing herself the role of a lifetime. In this book, Emma Shevah tells a heartwarming story of one girl's experience with transracial adoption and the drama of middle school.

Dara longs for stardom--but when she isn't cast in her middle school's production of The Sound of Music, she gets suspicious. It can't be because she's not the best. She was born to be a famous movie star. It must be because she's adopted from Cambodia and doesn't look like a typical fraulein. (That's German for girl.)

So irrepressible Dara comes up with a genius plan to shake up the school: write a play about her own life. Then she'll have to be the star.

Great for parents and educators looking for:

Praise for Emma Shevah's Dream On, Amber:
A Booklist 2015 Top 10 First Novels for Youth
A Kirkus Reviews Best Books of 2015
"[This] novel is a charmer...While its humor and illustrations lend it Wimpy Kid appeal, its emotional depth makes it stand out from the pack."--Booklist STARRED review
"A gutsy girl in a laugh-out-loud book that navigates tough issues with finesse."--Kirkus STARRED review
"Amber's effervescent and opinionated narration captivates from the start."--Publishers Weekly STARRED review
"By turns playful and poignant, in both style and substance, this coming-of-age novel will hook readers from the first page to the last."--School Library Journal STARRED review