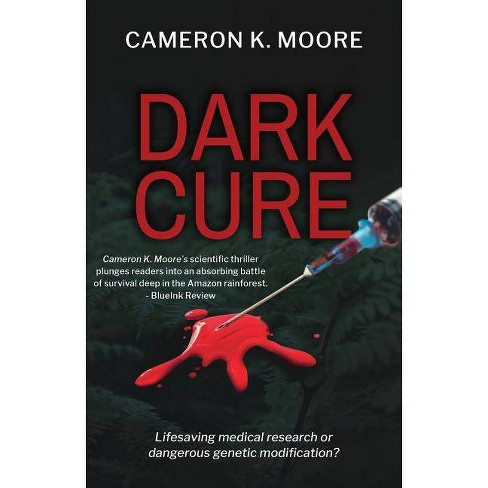 In a world where technology is "the new arms race," the military superpowers are secretly working on their own "future soldier programs" while covertly monitoring each other's progress. But French Military Intelligence have managed to keep under-the-radar their involvement with biotech company Toussen and a human trial of an experimental drug to hyper-stimulate the brain. Meanwhile, at an isolated research facility deep in the Amazon rainforest, a small team of world-leading scientists funded by rival New York-based biotech firm Atione search for new drugs from rare plant and animal species to cure neurodegenerative diseases.

When molecular biologist Mark Jouvet fails to return from the jungle in time to brief Atione on his discovery of an Alzheimer's cure, immunologist Dr. Allie Temple is put in charge of a search party. She selects only the fittest to accompany her, including former US Army Ranger medic, now research scientist Karl Shepherd. They soon realize there is a new predator in the Amazon, and they are its prey.

What follows is a life-or-death struggle featuring well-worn science-action thriller tropes: an endearing hero haunted by a traumatic past and conflicting priorities, a romantic connection forged under fire, warring egos, heart-stopping escapes, noble casualties, and the hunter becoming the hunted. The story occasionally lags when it focuses on the introspection and self-doubt of characters in leadership roles. Also, the author's repetitious mention of characters' eye colors becomes distracting. Still, Moore's execution displays greater authorial sophistication than many in this genre.

Highlights include evocative descriptions of the inhospitable environment e.g. "Branches reached out to claw at him," nuanced clues embedded throughout, and a diverse, well- utilized ensemble cast. Moore's plot and characterizations are propelled by a series of ingenious, suspense-filled minor story arcs (none individually breaching the realm of plausibility).

Overall, Dark Cure is a page-turner sure to entertain fans of the genre.