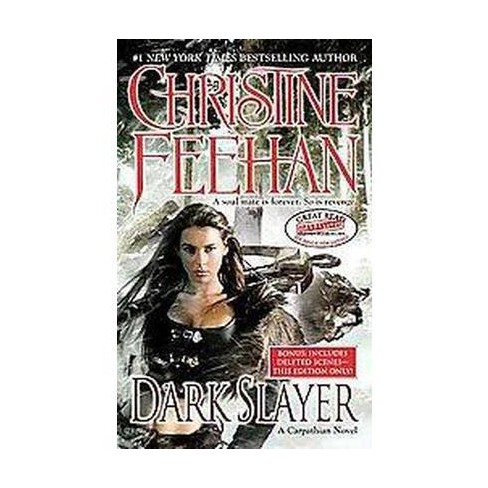 "New York Times"-bestselling author Feehan, creator of one of the best vampiric romance series on the market ("Midwest Book Review"), pens this new novel that features the rarest of Carpathians--a female.

After a century of longing, the instinct for survival unites a betrayed woman and a cursed man in this seductive Carpathian novel by #1 New York Times bestselling author Christine Feehan. Ivory Malinov's only brethren are the wolves. Abandoned by her family, and cast out by everyone she held dear, Ivory has lived centuries without love. She has sustained her sanity by preparing for one purpose--to destroy her greatest enemy. Then she picks up the scent of a man. Her salvation. Her lifemate. The curse of all Carpathian women. Branded a criminal, Razvan is a dragonseeker borne of a great Carpathian lineage, only to be raised as its most despised captive enemy. Escaping from imprisonment, Razvan now seeks the dawn to end his terrible existence. Instead he has found his deliverance in Ivory, the Dark Slayer. In spirit, in flesh and blood, in love, and in war, Ivory and Razvan are made for each other. For as long as they dare to live. INCLUDES BONUS CONTENT!