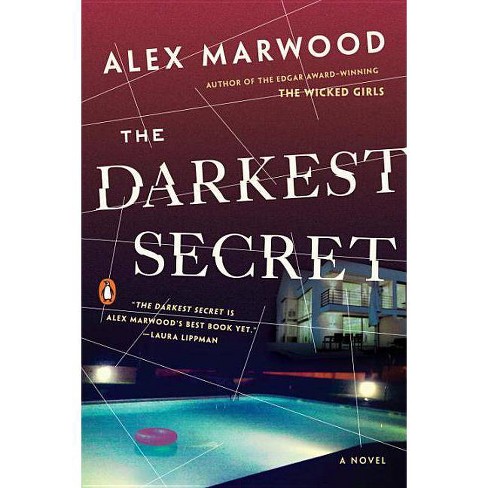 "Real estate mogul Sean Jackson is throwing himself a splashy fiftieth birthday party, but trouble starts almost immediately: his ex-wife has sent his teenage daughters to the party without telling him; his current wife has fired the nanny; and he's finding it difficult to sneak away to his mistress. Then something truly terrible happens: one of his three-year-old twins goes missing. No trace of her is ever found. The attendees of the party, nicknamed the Jackson Associates by the press, become infamous overnight"--

"If there has been a better mystery-suspense story written in this decade, I can't think of it . . . transcend[s] the genre." --Stephen King "A cruel and cunning mystery . . . Plot-twisting, mind-altering and monstrously funny." --The New York Times Book Review The latest gripping psychological thriller from Edgar Award winner Alex Marwood When a child goes missing at an opulent house party, it makes international news. But what really happened behind those closed doors? Twelve years ago, Mila Jackson's three-year-old half-sister Coco disappeared during their father's fiftieth birthday celebration, leaving behind her identical twin Ruby as the only witness. The girls' father, Sean, was wealthy and influential, as were the friends gathered at their seaside vacation home for the weekend's debauchery. The case ignited a media frenzy and forever changed the lives of everyone involved. Now, Sean Jackson is dead, and the people who were present that terrible night must gather once more for a funeral that will reveal that the secrets of the past can never stay hidden. Perfectly paced all the way through its devastating conclusion, The Darkest Secret is one that fans of Gillian Flynn and Liane Moriarty won't be able to put down.

"If there has been a better mystery-suspense story written in this decade, I can't think of it . . . transcend[s] the genre."
--Stephen King "[A] cruel and cunning mystery. . . . Plot-twisting, mind-altering and monstrously funny."
--Marilyn Stasio, The New York Times Book Review "Perhaps the most heartfelt praise I can give the English novelist Alex Marwood's unsettling new thriller The Darkest Secret is to report that it kept me up way, way past my bedtime . . . one astonishment follows another . . . [with a] cool eye . . . [Marwood] does a remarkable job of blending her sophisticated humor, her mordant view of the rich and the heartbreak of a missing child."
--Patrick Anderson, The Washington Post "This third novel from one of psychological suspense's best writers confirms Marwood's first hat trick with its chilling tale of a long unsolved child disappearance and the years-later death of the child's wealthy, philandering father, striking at the heart of the area where familial and other relations meet personal self-interest."
--The Boston Globe (Best Books of 2016) "The Darkest Secret is no whodunit. In crafting what might be called a cutting 'whodidn'tdoit, ' British novelist Alex Marwood takes aim at an entire social class for its self-directed, destructive ways."
--The Chicago Tribune "Compelling. . . . Marwood delivers a gripping cautionary tale about how one person's dominating personality can infect those around him. . . . Marwood's keen sense of suspense and observations of human fragility lead The Darkest Secret to a stunning finale."
--Yahoo "Brilliant."
--The Atlantic "Cutting expertly from past to present among a cast of deliriously unpleasant characters, Marwood's devilishly plotted tale arrives at an unexpectedly moving, human climax before its utterly devastating epilogue. . . . As much a black comedy of contemporary bad manners as psychological thriller, The Darkest Secret is a triumph and a treat."
--The Irish Times "A tense, poignant and ingeniously crafted mystery about a missing child, toxic relationships and family secrets."
--The Guardian ("If you only buy one" crime novel, summer 2016) "Unsettling . . . cleverly plotted and gripping."
--Sunday Mirror "A riveting read. Alex Marwood [is] the killer thriller writer. . . . Rarely have I found a book so unputdownable."
--Sunday Independent "Jackson, an identical twin, is just three years old when she goes missing. But, as the plot begins to thicken, it reveals a far more complex story than simply one of abduction by an unknown person. . . . The mystery does not give up its secrets easily. . . . compellingly told."
--Daily Mail "Tightly woven, precisely detailed, and consistently involving . . . truly engrossing . . . exactly what a mystery novel should be: suspenseful, comprehensive, fast-paced, upsetting, and fulfilling. Marwood proves once again why she's become so celebrated so quickly, as she packs her sophisticated yet gritty storytelling with characters that you'll grow to hate and/or pity. . . . Without a doubt, The Darkest Secret will stay with you for a while."
--Pop Matters "A book you will feel you have to finish as soon as you start reading it. A thriller with twists and turns that keep you fascinated right to the very end."
--The Mature Times "She won an Edgar Award for her word of mouth bestseller The Wicked Girls and a Macavity Award for The Killer Next Door. Now Marwood intrigues with another tastily twisty thriller."
--The Evening Telegraph "It's a cliché, but I really could hardly put down this excellent new thriller by Brit Alex Marwood. [A] twist- and passion-filled mystery."
--The Cleveland Plain Dealer "The reader's heart sinks and pulse races as the author . . . teases out the true story. Marwood is emerging as a first-rate teller of twisted tales and 'don't let it be so' suspense. Think Minette Walters and Barbara Vine with a little Gillian Flynn thrown in."
--Booklist "For readers who prefer their psychological thrillers dark, twisty, and filled with loathsome people, Marwood serves up the perfect dish."
--Kirkus Reviews "Compulsively readable. . . . Marwood shifts time periods effortlessly and created a noxious cast of characters."
--Publishers Weekly "The Darkest Secret is Alex Marwood's best book yet--no small thing when one considers that her first two crime novels were both award winners. Her plots are always top-notch--deft, twisty--but it's the humanity she grants all her characters that makes her one of our best. This story will grip you to the final page, but Milly and her troubled family may never leave you."
--Laura Lippman, New York Times bestselling author of What the Dead Know and Every Secret Thing "With the psychological acuity of Kate Atkinson and a dark wit all her own, Alex Marwood draws us into The Darkest Secret with utter narrative cunning, then surprises with its emotional wallop, its deeper resonances. In so doing, she demonstrates, without a doubt, that she is one of crime fiction's brightest stars. Not to be missed."
--Megan Abbott, Edgar award winning authof of Dare Me and The Fever "At turns suspenseful, chilling and deeply, unexpectedly moving, The Darkest Secret is a true tour de force. Alex Marwood's richly detailed, heartbreakingly human characters will stay with you long after the book's shocking conclusion. I loved it."
--Alison Gaylin, USA Today bestselling author of the Brenna Spector Series "With The Darkest Secret, Alex Marwood has become one of my must-read crime writers. It's an amazingly gripping book, and the structure is a thing of beauty."
--Sophie Hannah, internationally bestselling author of The Wrong Mother and The Dead Lie Down "Simply tremendous, so tense and packed with pathos. I loved every page of it."
--Sarah Hilary, author of Someone Else's Skin and No Other Darkness

Alex Marwood is the pseudonym of a journalist who has worked extensively across the British press. Her first novel, The Wicked Girls, won the Edgar Award for Best Paperback Original, and was nominated for the Macavity Award for Best Mystery Novel and the Anthony and ITW Awards for Best Paperback Original. The Killer Next Door, her second novel, won a Macavity Award for Best Mystery Novel, was nominated for the Anthony and Barry, and has been optioned for film by James Franco and Ahna O'Reilly. Marwood lives in south London and is working on her next novel.
If the item details above aren’t accurate or complete, we want to know about it. Report incorrect product info.