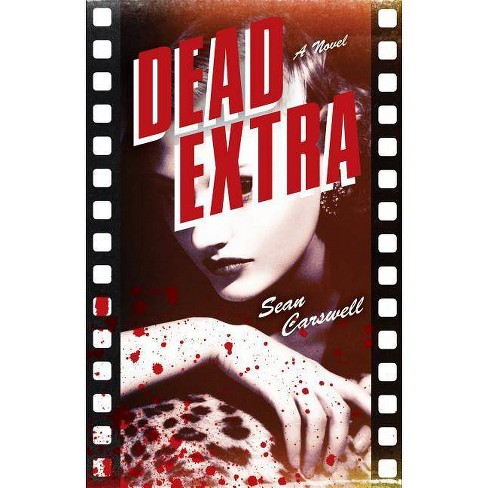 $12.29
MSRP$16.00
no reviews yet
be the first!be the first! ratings
Shipping
Free standard shipping with RedCard
Loading, please wait...
Help us improve this page

"Dark, seamy, and complex, Dead Extra is, at first glance, an excellent, faithful foray into old school L.A. noir. Jack Chesley is a hard-drinking former cop and World War II vet, pushed into investigating his wife's suspicious death by her identical twin sister. But Sean Carswell is a writer who understands this genre well enough to subvert it left and right, particularly when it comes to the dead woman, whose gutsy misadventures occupy almost half of the book. Come for your hardboiled comforts--the violence, the corruption, and the mood are all there, as are the sharp prose and snappy dialogue. Stay for Carswell's fresh, intelligent point of view."
-- Steph Cha, author of Dead Soon Enough and Follow Her Home "Sean Carswell has written a moody, atmospheric page-turner that kept me up all night and left me hungover with longing for glamorous, gritty 1940s Los Angeles. Carswell's shell-shocked, world-weary vet is a realistic protagonist, but it's the dames who really steal this show."
-- Denise Hamilton, Los Angeles Noir editor and author of Damage Control and the Eve Diamond mysteries "Like a deadly cross between The Day of the Locust and L.A. Confidential, Dead Extra is a stunning exploration of Hollywood's postwar history: dark, dream-like, and very dangerous. I loved it."
-- Phoef Sutton, New York Times-bestselling author (with Janet Evanovich) of Wicked Charms and Curious Minds and author of the Crush mysteries "Sean Carswell's Dead Extra is a refreshing take on classic hardboiled '40s noir. There's a world-weary hero who can take a knock and give plenty back, a dead woman with a scandalous past, corrupt cops, and Hollywood scandals, but what's really striking is the extent to which the story is largely driven by women--not your typical femme fatales, but smart, flawed, determined women with their own dreams, traumas, and stories. Carswell's women live in a time that limits their ambitions and routinely victimizes them, but they push back in spite of the consequences, finding both tragedies and triumphs."
-- Lisa Brackmann, New York Times-bestselling author of Rock Paper Tiger and Black Swan Rising "Dirty cops, unscrupulous mental health workers, and shady Hollywood actors--Sean Carswell spins a noirish tale with razor-edged prose and memorable characters who confront sexism, corruption, and the exploitation of the powerless. Dead Extra is a compelling story from the way back when that feels uncomfortably contemporary."
-- Patricia Smiley, author of the Pacific Homicide crime novels "Carswell weaves an intricate tale that keeps interest high.... Fans of the post-WWII pulp magazines and film noirs will find plenty to like."
-- Publishers Weekly
If the item details above aren’t accurate or complete, we want to know about it. Report incorrect product info.