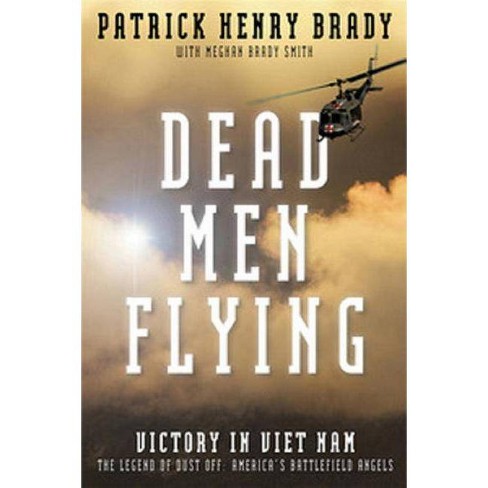 $12.39
no reviews yet
be the first!be the first! ratings
Shipping
Free standard shipping with RedCard
Loading, please wait...
Help us improve this page

Viet Nam may be the only war we ever fought, or perhaps that was ever fought, in which the heroism of the American soldier was accompanied by humanitarianism unmatched in the annals of warfare. And the humanitarianism took place during the heat of the battle. The GI fixed as he fought, he cured and educated and built in the middle of the battle. He truly cared for, and about, those people. What other Army has ever done that?

Humanitarianism was America's great victory in Viet Nam. Spearheading the humanitarian efforts were the air ambulance operations, call-sign Dust Off, the most dangerous of all aviation operations, which rescued some one million souls in Viet Nam. Dead Men Flying is the story of Charles Kelly, the father of Dust Off, who gave his life to save Dust Off--the greatest life-saver ever. His dying words--When I have your wounded--set the standard for combat medicine to this day. It is also the story of the author, Medal of Honor recipient General Patrick Brady, who learned from Charles Kelly and struggled to meet his standard. Brady led the 54th Medical Detachment as it rescued over twenty-one thousand wounded--enemy and friendly--in ten months, while sustaining twenty-six Purple Hearts.

Dead Men Flying is the story of salvation in the midst of horror, courage in the face of adversity, and the miracle of faith in the heat of combat. A riveting tale from America's most decorated living soldier, this is a book that no American can afford to ignore.

Now in paperback, Dead Men Flying includes two new chapters providing in-depth analysis by General Brady about where the state of the military today and how we can get back on track to be the greatest nation on earth.