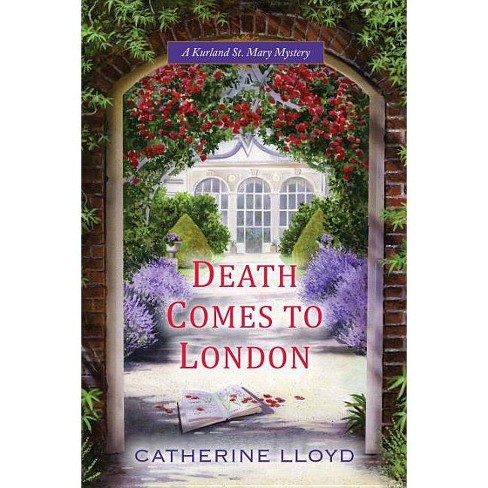 Leaving their father's rectory, two sisters set out for the social season in London only to end up investigating the poisoning of a dowager countess.

A season in London promises a welcome change of pace for two friends from the village of Kurland St. Mary--until murder makes a debut. . . With the reluctant blessings of their father, the rector of Kurland St. Mary, Lucy Harrington and her sister Anna leave home for a social season in London. At the same time, Lucy's special friend Major Robert Kurland is summoned to the city to accept a baronetcy for his wartime heroism. Amidst the dizzying whirl of balls and formal dinners, the focus shifts from mixing and matchmaking to murder when the dowager Countess of Broughton, the mother of an old army friend of Robert, drops dead. When it's revealed she's been poisoned, Robert's former betrothed, Miss Chingford, is accused, and she in turn points a finger at Anna. To protect her sister, Lucy enlists Robert's aid in drawing out the true culprit. But with suspects ranging from resentful rivals and embittered family members to the toast of the ton, it will take all their sleuthing skills to unmask the poisoner before more trouble is stirred up. . . Praise for Death Comes to the Village [A] delightful debut. . .Readers will hope death returns soon to Kurland St. Mary. --Publishers Weekly (starred review) Lloyd combines a satisfying mystery with plenty of wit and character development. --Booklist

Catherine Lloyd was born in London, England. She completed her education with a Masters degree in history at the University College of Wales, Aberystwyth, and uses the skills she gained there to research and write her historical mysteries. She currently lives in Hawaii with her husband and 4 children.
If the item details above aren’t accurate or complete, we want to know about it. Report incorrect product info.