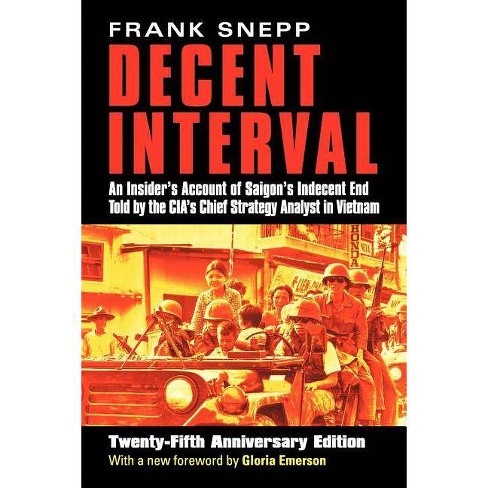 "A great service to everyone's understanding of what happened in Vietnam in the spring of 1975. . . . Other accounts of that time will have to be measured against what Snepp, from his unique and highly informed vantage point, has produced."--Kevin Buckley, New York Times Book Review

"By far the richest document yet produced on the American and South Vietnamese end game."--Laurence Stern, Washington Post Book World

"Replete with important disclosures. Provides the most detailed account to date of the operations of the CIA inside South Vietnam, as well as giving a first-hand account of high-level disagreements between Washington and Saigon over the use and integrity of intelligence."--New York Times

"Important revelations. The incredible history of the American role in Vietnam would have been forever poorer without Snepp's perspective."--Boston Globe

"Those who read the book will shudder anew at the tragedy, confusion, and gross incompetence Snepp lays bare."--John Barkham Reviews