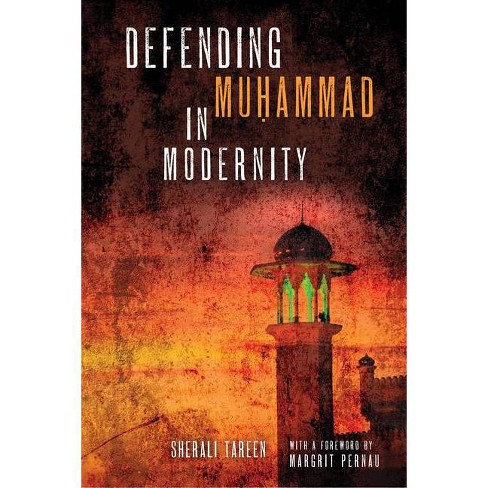 In this groundbreaking study, SherAli Tareen presents the most comprehensive and theoretically engaged work to date on what is arguably the most long-running, complex, and contentious dispute in modern Islam: the Barelvī-Deobandī polemic. The Barelvī and Deobandī groups are two normative orientations/reform movements with beginnings in colonial South Asia. Almost two hundred years separate the beginnings of this polemic from the present. Its specter, however, continues to haunt the religious sensibilities of postcolonial South Asian Muslims in profound ways, both in the region and in diaspora communities around the world.

Defending Muḥammad in Modernity challenges the commonplace tendency to view such moments of intra-Muslim contest through the prism of problematic yet powerful liberal secular binaries like legal/mystical, moderate/extremist, and reformist/traditionalist. Tareen argues that the Barelvī-Deobandī polemic was instead animated by what he calls "competing political theologies" that articulated--during a moment in Indian Muslim history marked by the loss and crisis of political sovereignty--contrasting visions of the normative relationship between divine sovereignty, prophetic charisma, and the practice of everyday life. Based on the close reading of previously unexplored print and manuscript sources in Arabic, Persian, and Urdu spanning the late eighteenth and the entirety of the nineteenth century, this book intervenes in and integrates the often-disparate fields of religious studies, Islamic studies, South Asian studies, critical secularism studies, and political theology.

--David Gilmartin, North Carolina State University, author of Empire and Islam: Punjab and the Making of Pakistan
If the item details above aren’t accurate or complete, we want to know about it. Report incorrect product info.