Demon Hunting With a Dixie Deb - by Lexi George (Paperback) 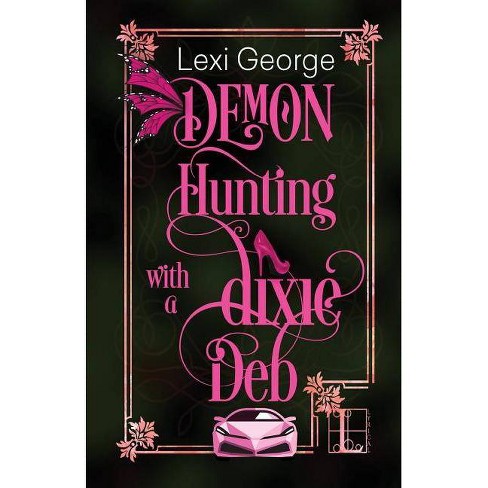 $11.29
no reviews yet
be the first!be the first! ratings
Shipping
Free standard shipping with RedCard
Loading, please wait...
Help us improve this page

This Debutante Is Having A Ball!

Way down south in the land of cotton, one belle's plans are soon forgotten--when Sassy Peterson drives her Maserati off the road to avoid a deer and lands smack-dab in the proverbial creek without a paddle. The Alabama heiress should have known something weird was going on when she saw the deer's ginormous fangs. Hello, Predator Bambi! But nothing can prepare her for the leather-clad, muscle-bound, golden-eyed sex god who rescues her. Who wears leather in May? That's just the first of many questions Sassy has when her savior reveals he's a demon hunter named Grim. Also: Why would a troop of fairies want to give her magical powers and rainbow hair? Why would a style-challenged beast called the Howling Hag want to hunt her down? Most importantly, what's a nice debutante like Sassy doing in a place like this anyway? Besides feeling Grim . . .

Praise for Demon Hunting in Dixie