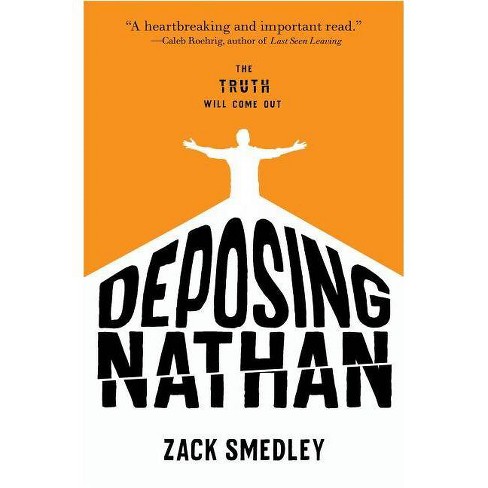 Heartbreaking but ultimately empowering, this debut novel delivers a stunning story of a toxic friendship-turned-relationship that explores the layers and complexity of the coming out experience.

A superb story, told in an original and masterly way. Smedley navigates the novel's refreshing ideas about sexuality and religion with grace and intelligence. --The New York Times

"[A] layered, complex depiction of questioning (bi)sexuality... A heartbreaking case worth revisiting again and again." --Kirkus Reviews, starred review Nate never imagined that he would be attacked by his best friend. For sixteen years, Nate was the perfect son--the product of a no-nonsense upbringing and deep spiritual faith. Then he met Cam, who pushed him to break rules, dream, and accept himself. Conflicted, Nate began to push back. With each push, the boys became more entangled in each others' worlds...but they also spiraled closer to their breaking points. And now all of it has fallen apart after a fistfight-turned-near-fatal-incident--one that's left Nate with a stab wound and Cam in jail. Now Nate is being ordered to give a statement, under oath, that will send his best friend to prison. The problem is, the real story of what happened between them isn't as simple as anyone thinks. With all eyes on him, Nate must make his confessions about what led up to that night with Cam...and in doing so, risk tearing both of their lives apart.

All the awkward, endearing, and complex experiences of discovering your sexuality and falling in love will keep readers rooting for Nate and Cam...An emotional ride with a refreshingly mature ending, Smedley's debut is recommended for readers looking for a poignant story of love, religious belief, and self- acceptance. -- Booklist

Zack Smedley is a chemical engineer who recently graduated from the University of Maryland, Baltimore County. As a member of the LGBT community, his goal is to give a voice to marginalized young adults through gritty, morally complex narratives. Deposing Nathan is his first novel. Find him on Twitter @zack_smedley.
If the item details above aren’t accurate or complete, we want to know about it. Report incorrect product info.