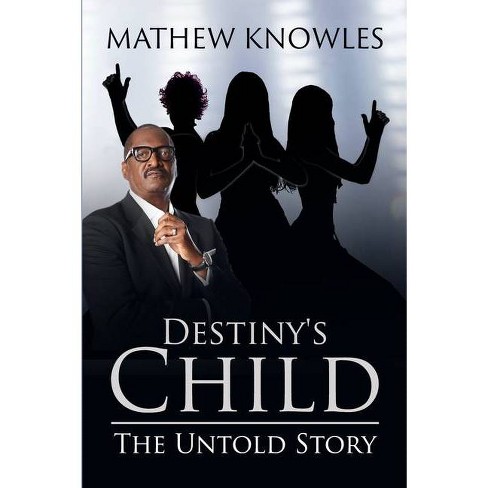 $16.29
no reviews yet
be the first!be the first! ratings
Shipping
Free standard shipping with RedCard
Loading, please wait...
Help us improve this page

"I was pretty determined to get the girls a deal. So at the time I was working with them, I was also working with Prince, with whom I'd had a 20-year relationship as a recording engineer. So I talked to Prince about the girls and I sent him, at most, three songs. Prince called me up and said, "I love this. These girls are great! I would love to sign them. I have my own label so I'm very interested." -Arne Frager (Producer, Sound Engineer)

"I was like, Damn. Whoa! Blown away. I mean, I liked it. I liked the rawness of it and the fact of the matter is, they had their own styles. You could hear it in the voices. Even when Beyoncï¿½ talks. You could hear that southern tone. Sorta like Aretha Franklin strong, the way her voice is. That, to me, is what always captivates me about artists, they gotta have their own. You got to be able to identify with their voice and their personality and style." -Dwayne Wiggins (Musician, Producer)

"Yeah, you can say, Beyoncï¿½ is a superstar out of that group. Yes. But every single one of those girls, all of them, had their own type of IT factor. That's why I felt so passionately about them as a group and as individuals." -Kim Burse (A&R, Musical Director)

"Honestly Destiny's Child would not have made it without Mathew Knowles, and that is just the truth. I'm speaking from a business and a strategic point of view, and having an ear for music. You know-- all kind of rumors are floating around about his personal life and all of that." -Linda Ragland (Former General Manager of Music World Entertainment)

"I'd like to think I had a very important role since I was the one in charge of interacting with their fans. I would activate the street teams and build the "BeyHive" so that when they were going to be on TRL with a new video, or when they would have a TV appearance --- fans knew about it and were not only telling their friends but also calling in to vote their video higher on the countdown." -Jennette Everett (Fan Club Director, Creator of the BeyHive)