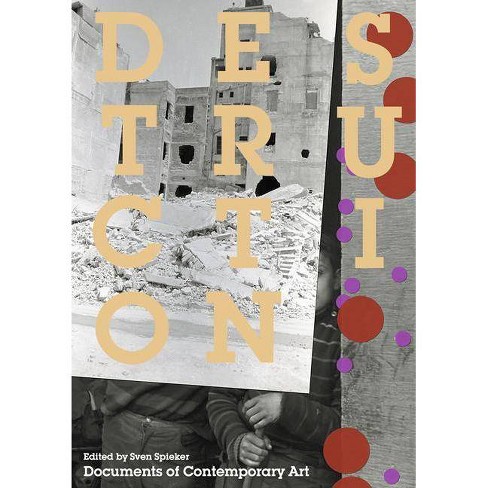 Essays explore contemporary artists' engagement with destruction, and how it has disrupted the perceived integrity of built structures and institutions.

The effects and meanings of destruction are central to the work of many of our most influential artists. Since the early 1960s, artists have employed destruction to creative ends. Here destruction changes from a negative state or passive condition to a highly productive category. The destructive subversion of media imagery aims to release us from its controlling effects. The self-destructing artwork extinguishes art's fixity as arrested form and ushers in the ephemeral and contingent "open work."

This anthology explores artworks that convey the threat of destruction an how they have disrupted the perceived integrity of built structures and institutions. Artistic acts of iconoclasm or risk to the self have raised consciousness of authoritarian oppression. More understated works explore the theme of destruction in armed conflict, media violence, and threats to the environment. These text make up the first collection to be focused systematically on destruction in modern and contemporary art.