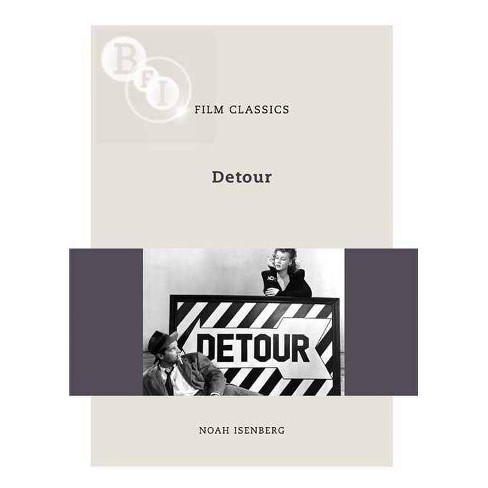 $17.99
MSRP$18.95
no reviews yet
be the first!be the first! ratings
Buy 2 get 1 free on video games, movies and books
Online only •
Shipping
Free standard shipping with RedCard
Loading, please wait...
Help us improve this page

Long considered an unpolished gem of film noir, the private treasure of film
buffs, cinephiles and critics, Edgar G. Ulmer's Detour (1945) has recently earned
a new wave of recognition. In the words of film critic David Thomson, it is
simply 'beyond remarkable.' The only B-picture to make it into the National
Film Registry of the Library of Congress, Detour has outrun its fate as the
bastard child of one of Hollywood's lowliest studios. Ulmer's film follows, in
flashback, the journey of Al Roberts (Tom Neal), a pianist hitching from New
York to California to join his girlfriend Sue (Claudia Drake), a singer gone to
seek her fortune in Hollywood. In classic noir style, Detour features mysterious
deaths, changes of identity, an unforgettable femme fatale called Vera (Ann
Savage), and, in Roberts, a wretched, masochistic antihero.
Noah Isenberg's study of Detour draws on a vast array of archival sources,
unpublished letters and interviews, to provide an animated and thorough
account of the film's production history, its critical reception, its afterlife
(including various remakes) and the different ways in which the film has been
understood since its release. He devotes significant attention to each of the key
players in the film - the crew as well as the principal actors - while charting
the uneasy transformation of Martin Goldsmith's pulp novel into Ulmer's
signature film, the disagreements between the director and writer, and the
severe financial and formal limitations with which Ulmer grappled. The story
that Isenberg tells, rich in historical and critical insight, replicates the briskness
of a B-movie.
If the item details above aren’t accurate or complete, we want to know about it. Report incorrect product info.