Diary of a Dead Man on Leave - by David Downing (Hardcover) 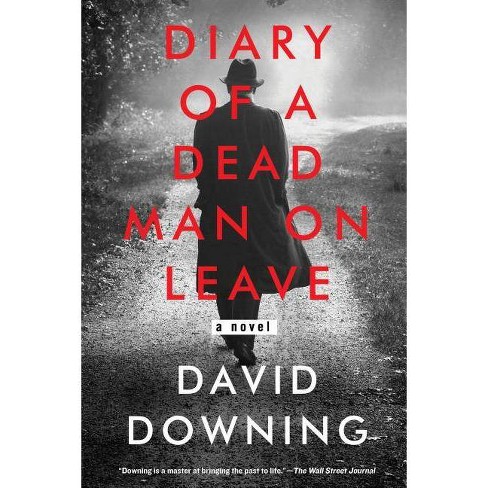 $12.99
MSRP$27.95
no reviews yet
be the first!be the first! ratings
Shipping
Free standard shipping with RedCard
Loading, please wait...
Help us improve this page

A Sunday Times Crime Club Starred Pick Praise for Diary of a Dead Man on Leave "Downing's thriller commands our attention until the very last page."
--The Wall Street Journal "Compelling . . . Like Downing's deeply researched and convincing Second World War series featuring John Russell, the British journalist-spy, [Diary of a Dead Man on Leave] deals with the war in thrilling fashion."
--Toronto Star "This powerful, fascinating and touching story not only details the failures of the past, but is also a warning in an age of increasing extremist nationalism, that if people don't want history to repeat itself, they need to pay greater attention to the actions of their governments. It's a brilliant, biting read with a message for those who care to see."
--Crime Review (UK) "This is a timely, thought provoking novel, historically accurate in all respects. It is one that should not be missed."
--Deadly Pleasures Magazine "Tingles with suspense."
--Bayou Catholic Monthly "The voice [Hoffmann's] that emerges is one of a man struggling with the enduring issue that surfaces and resurfaces throughout espionage fiction, from Graham Greene to John le Carrï¿½ and Alan Furst: loyalty to country versus loyalty to the individual . . . This is a quiet, largely introspective spy novel, very different in mood from Downing's adventure-fueled Jack McColl novels, but it packs an equal if not greater emotional wallop."
--Booklist, Starred Review "Downing (the John Russell series) has never been better than in this moving and elegiac thriller framed as a diary written by a German calling himself Josef Hofmann . . . Le Carrï¿½ fans will be pleased."
--Publishers Weekly, Starred Review Praise for David Downing "[Downing] is a master at bringing the past to life through the careful and often loving observation of even minor players and through the artful deployment of specific detail."
--The Wall Street Journal "Downing distinguishes himself by eschewing the easy ways out. He doesn't shy away from portraying the cold brutality of the Third Reich, and his characters are far from stereotypes--they're flawed, confused and real."
--NPR

"Downing is brilliant at weaving history and fiction . . . Equally clever and unexpected."
--Toronto Globe and Mail
If the item details above aren’t accurate or complete, we want to know about it. Report incorrect product info.