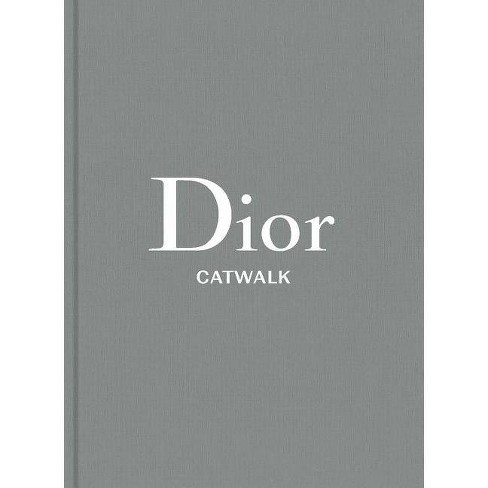 "[A]n extraordinary collection of 1,146 images that document the house's output over the past 70 years and through seven creative directors."--Vogue In spring 1947, Christian Dior presented the first collection of his newly founded eponymous fashion house. Soon dubbed the "New Look," it grabbed headlines all over the world and turned Dior into one of the most influential brands of all time. After the couturier's untimely death in 1957, Yves Saint Laurent took the helm of the fashion house before being succeeded by Marc Bohan, who was in turn replaced by Gianfranco Ferré in 1989. In 1996, John Galliano was appointed creative director, designing flamboyant collections for a decade, before the arrival of Raf Simon in 2012, who gave the house a newly imagined identity for the 21st century. Maria Grazia Chiuri's arrival in 2017 as the first woman designer in Dior's history also marks the seventieth anniversary of the "New Look." For the first time, every Dior haute couture collection is gathered here in a single, lavishly illustrated volume--providing a unique opportunity to chart the development of one of the world's most famous fashion brands and to discover rarely seen collections. Dior: The Complete Collections opens with a concise history of the house of Dior before exploring the collections themselves, which are organized chronologically. Each new "era" in Dior's history is inaugurated by a brief overview and biography of the new designer, while individual collections are introduced by a short text unveiling their influences and highlights and illustrated with carefully curated catwalk images. A rich reference section, including an extensive index, concludes this definitive publication.

"[This is] the quintessential volume on Dior haute couture and its illustrious history."-Jeffrey, Felner, New York Journal of Books "[A]n extraordinary collection of 1,146 images that document the house's output over the past 70 years and through seven creative directors."--Vogue

Alexander Fury is men's critic for American Vogue.com, and was former fashion editor of The Independent, former editor of LOVE magazine, and former fashion director at ShowStudio from 2008 to 2012.
If the item details above aren’t accurate or complete, we want to know about it.

5 out of 5 stars
Would recommend
Sungoddess589 - 2 years ago, Verified purchaser
Amazing book!! Target had it at a great price!! Dior is one of my favorite designers!!!
2 guests found this review helpful. Did you?