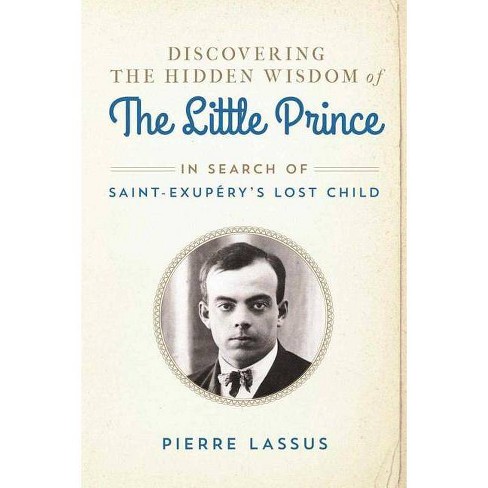 $14.59
no reviews yet
be the first!be the first! ratings
Shipping
Free standard shipping with RedCard
Loading, please wait...
Help us improve this page

"A touching and deeply moving analysis of a book that is cherished by millions. It is hard to imagine that its fans will not appreciate what Lassus has uncovered."--Booklist "The story behind one of the world's most popular books. . . . Many will enjoy learning about Saint-Exupï¿½ry and his life and how he came to write such a beloved book."--Kirkus "Luminous and enthralling . . . Everything that contributes to its magic is gradually explained." --L'Express "His subtle analysis illuminates the universality of the Word according to Saint-Exupï¿½ry."--Observateur "Pierre Lassus, a psychotherapist specializing in the world of childhood, wanted to understand by what paths this charming little blond boy could move such a large audience. . . .The message of The Little Prince, according to him, connects it to the questionings in the Old and New Testaments. A voice in the desert, a sheep, an innocent child wiser than the adults, who 'sees with his heart better than with his eyes.' A child who falls from the sky to open the heart of a man who was lost. . . ."
--Le Monde "For the writer, The Little Prince was the opportunity to return to his childhood, in search of himself."
--Inexplorï¿½ "A very fine study, inspired and poetic." --Le Messager de Saint-Antoine "The author brings out the spiritual testament the universal message of this symbolic fable."--L'Echo des Vosges
If the item details above aren’t accurate or complete, we want to know about it. Report incorrect product info.