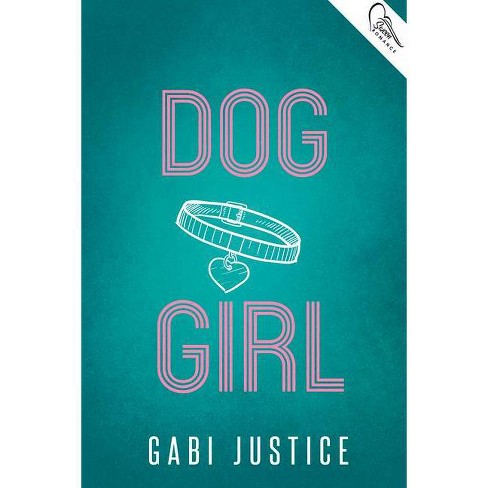 Dog Girl is Fangirl meets Pit Bulls and Parolees. Saving the dogs who end up at Delray Dog Rescue is Kendall's life. It's the perfect job for a girl with severe social anxiety. Delray Dog Rescue doesn't just rescue dogs, it's a second chance for felons, like her dad. Losing the rescue means losing Kendall's home, her sanctuary, the dogs she loves, her identity and her dad, all over again. But money's tight, and soon, Kendall must decide between keeping a roof over her head and saving the rescue. When a video of Kendall's harrowing rescue of a pit bull from the path of an oncoming train goes viral. Suddenly, everyone wants a piece of Kendall, making her anxiety worse. But this is an opportunity to put the rescue in the spotlight and secure the donations needed to save it. Can she overcome the social paralysis that's plagued her all her life? Can she ignore negative comments on social media about her looks and smell? Can she accept help from a boy who really sees her, even though she can't understand what he could possibly see in her? DOG GIRL is the story of a teen girl who wants to save the world, and ends up saving herself in the process.

Gabi Justice is the mother of three children and numerous animals. Her time is spent writing, reading, taking care of her animals, and hanging out with her family. She loves traveling and tennis and has traveled to several countries for her children's tennis tournaments. Living in Florida, she's spent many a vacation at Disney World or Universal Studios and relishes a thrilling roller coaster and make-believe world. A graduate from the University of South Florida, she earned a BA in English Literature and enjoyed an eclectic college career in many creative arts - theater, art, film/TV, dance, creative writing.
If the item details above aren’t accurate or complete, we want to know about it.

Sing Me to Sleep - by Gabi Burton (Hardcover)

Listening to My Body - by Gabi Garcia (Hardcover)

Just Go! Leave the Treadmill for a World of Adventure - by Gabi Yetter & Skip Yetter (Paperback)

I Want a Goldfish for Christmas - by Gabi Noble-Jamieson (Paperback)

Count on Us! - by Gabi Snyder

4 out of 5 stars
Andrea C - 2 years ago
Kendall and her mom have an organization that is focused on rescuing dogs from some pretty bad situations. In fact, we begin our story with a very intense rescue that has you already begging for this story to make it to a screen. Kendall has a lot of struggles in her life. Her father passed away and she [understandably] just cannot let him go. She still speaks to him pretty regularly and gets some counsel in return. She has mad anxiety and really relates to Peter Parker. Even having to wait more than a minute or two for her friends to arrive lunch can provoke a massive panic attack. Someone is going around purposely hurting dogs. Kendall's dramatic pit bull rescue actually garners her family's rescue some national attention, but also puts them all in danger as they continue to try to discover who the jerk is who is harming these dogs. The story goes through a lot of page-turning twists as they try to sort it all out and Kendall has to come into her own and can find the good parts of being "Dog Girl." She also learns a lot about her own preconceived notions, such as those involving a super preppy boy named Ryan who ends up being so much more than she could ever imagine. There are also some good lessons in this story about social media - the pros and cons, and a teacher named Mr. Young that I just want to throttle for his lack of understanding of teens, particularly bullying. And of course, we have a smidge of romance. I admit I wasn't sure what to expect when I started this YA novel, but was pleasantly surprised by the story and how much I actually enjoyed it. I received a requested review copy for this book. All thoughts and opinions are my own.
1 guest found this review helpful. Did you?