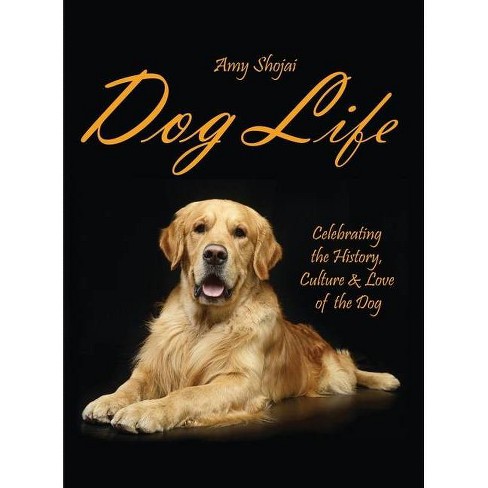 Filled with beautiful color photographs of these furry friends, this book reveals virtually everything needed to appreciate this joyous, lovable companion.

"No other animal has shared as much with humanity as Canis familiaris, the domestic dog. Indeed, for at least 32,000 years, this creature, but one paw-step away from the wolf, has willingly and happily traded freedom for an uncertain relationship with humankind." -From the Introduction.

Chapter One, "Evolutionary Dog," traces the domestic canine back to the Paleocene Era, then introduces its canid relatives. Sidebars highlight the fascinating evolutionary differences between wolves, modern wild dogs and other canid relatives. Dogs have been both revered and scorned throughout history. Egyptian law protected beloved dogs and worshiped a dog-headed god. But the dog's spiritual heyday came to a halt in the Middle Ages, when the Christian church declared dogs dirty and poisonous, due to rabies, and they were scorned and feared as werewolves and worse. Yet, in the seventeenth century, dog popularity rose again as European aristocracy celebrated and bred all sorts of specialty hunting dogs. The Renaissance brought dogs, including miniatures of hunting breeds, to all levels of society.

Chapter Two, "Cultured Canine," is a survey of artistic homage paid to the dog. From Homer's Odyssey to Dickens, Kipling, Jack London, and Dean Koontz, dogs have been featured as analogy, metaphor, and hero. From the Egyptians to Leonardo da Vinci and beyond, the dog has been featured in paintings and other media. Notable dog lovers include President Roosevelt who loved his Scottie dog Fala, and General Patton, who named his Bull Terrier "Willie" after William the Conqueror. Working dogs are discussed, from shepherds and hunters to Search and Rescue and service dogs.

Chapter Three, "Physical Dog," is a guide to understanding and caring for your dog. First, each of the dog's senses and physical attributes is described, to reveal how they see the world. Important care issues are discussed, such as whether you should get your "fixed," or his ears cropped, and what ailments your dog is likely to suffer from. You'll find information about dog behavior, tips for proper training, advice on when to vaccinate, and information about choosing and caring for puppies.

Dog Life closes with a "Gallery of Breeds," a parade of fascinating canine types in pictures, with brief descriptions of their unique personalities and special characteristics. Overflowing with endearing photographs and enlightening, entertaining text, Dog Life is sure to capture the fancy of dog lovers everywhere.