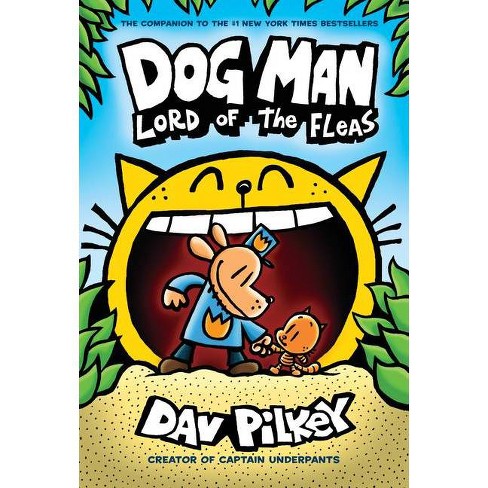 The #1 "New York Times"-bestselling series from the creator of Captain Underpants continues. When a new bunch of baddies bust up the town, Dog Man must join forces with Petey, the World's Most Evil Cat, to save the day. But can the villainous Petey venture into virtue?

The Supa Buddies convene to deal with some new villains in the fifth Dog Man book from worldwide bestselling author and artist Dav Pilkey.When a fresh bunch of baddies bust up the town, Dog Man is called into action -- and this time he isn't alone. With a cute kitten and a remarkable robot by his side, our heroes must save the day by joining forces with an unlikely ally: Petey, the World's Most Evil Cat. But can the villainous Petey avoid vengeance and venture into virtue?Dav Pilkey's wildly popular Dog Man series appeals to readers of all ages and explores universally positive themes, including empathy, kindness, persistence, and the importance of being true to one's self.

Get it by Wed, Aug 4 with free 2-day shipping