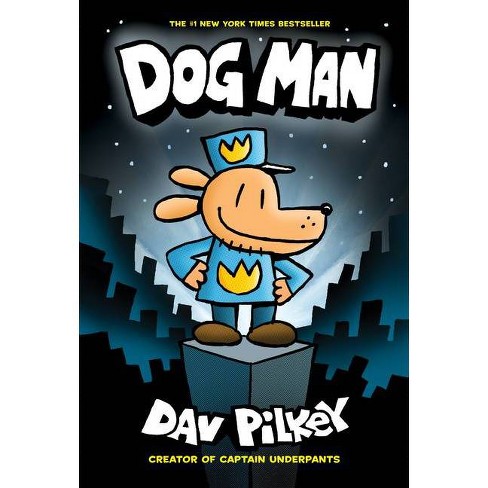 Howl with laughter with Dog Man, the #1 New York Times bestselling series from Dav Pilkey, the creator of Captain Underpants!

From worldwide bestselling author and artist Dav Pilkey comes Dog Man, the canine cop who's part dog, part man, and ALL HERO!George and Harold have created a new breed of justice. With the head of a dog and the body of a human, this heroic hound digs into deception, claws after crooks, rolls over robbers, and scampers after squirrels. Will he be able to resist the call of the wild to answer the call of duty?Dav Pilkey's wildly popular Dog Man series appeals to readers of all ages and explores universally positive themes, including empathy, kindness, persistence, and the importance of being true to one's self.