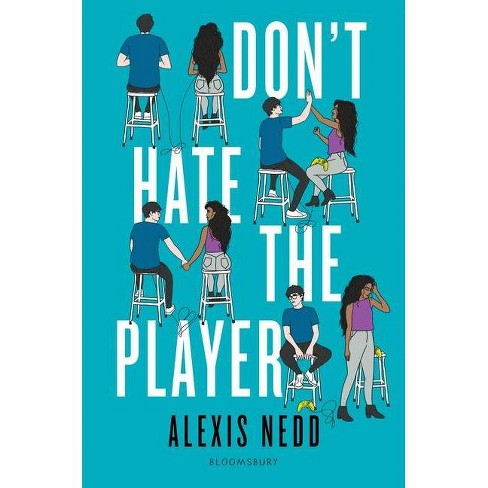 Sixteen-year-old Emilia, secretly a dedicated gamer, competes with her elite team in a major tournament at the same time she and her best friend are running for class president and vice president.

From an exciting new voice comes a funny and heartfelt YA romance set in the world of competitive gaming, perfect for fans of Opposite of Always and Slay.

Emilia Romero is living a double life. By day, she's a field hockey star with a flawless report card. But by night, she's kicking virtual ass as the only female member of a highly competitive eSports team. Emilia has mastered the art of keeping her two worlds thriving, which hinges on them staying completely separate. That's in part to keep her real-life persona, but also for her own safety, since girl gamers are often threatened and harassed. When a major eSports tournament comes to her city, Emilia is determined to prove herself to her team and the male-dominated gaming community. But her perfectly balanced life is thrown for a loop when a member of a rival team recognizes her . . . Jake Hooper has had a crush on Emilia since he was ten years old. When his underdog eSports team makes it into the tournament, he's floored to discover she's been leading a double life. The fates bring Jake and Emilia together as they work to keep her secret, even as the pressures of the tournament and their non-gaming world threaten to pull everything apart. Debut author Alexis Nedd has crafted a YA combo-punch of charming romance and virtual adventure that will win the hearts of gamers and non-gamers alike.

"Refreshingly voice-y, wildly smart, and genuinely hilarious, Don't Hate the Player feels like hanging out with all of your realest, nerdiest, funniest friends. I can't wait to see what Alexis Nedd does next." --Casey McQuiston, New York Times bestselling author of RED, WHITE & ROYAL BLUE

"In this delightfully entertaining romance, Nedd covers an impressive range of topics with a rare combination of hilarity, sarcasm, and sincerity. Gamers and nongamers alike will squeal, cheer, and boo in this page-turner. A sure winner." --Kirkus Reviews, starred review "A great pick for video game nerds and fans of Brittney Morris's Slay." --School Library Journal A lively game-infused romance. Nedd has the lingo of online e-sports down pat, giving the game and its players an authenticity that many other gaming-oriented YA books lack. Moreover, Nedd ably uses gaming to slice through many topics relevant to today's teens, such as racism and sexism. Gamers looking for a fun, relatable story with depth and heart should absolutely give this book a read. -Booklist

Alexis Nedd is a Brooklyn-based pop culture fanthropologist who has only ever loved things in a big, obsessive way. As the Senior Entertainment Reporter at Mashable.com, she covers television, movies, and video games with a focus on sci-fi and fantasy universes like Game of Thrones and the Marvel Cinematic Universe. When she's not writing for money, she's writing for no money on Twitter, where her feed consists of deep dives on weird history (Hamilton and messed-up royal lineages are favorites) and analyzing pop culture as an artifact of society. Her writing has also appeared in Elle, Cosmopolitan, Marie Claire, and BuzzFeed. This is her debut novel.
@alexisthenedd