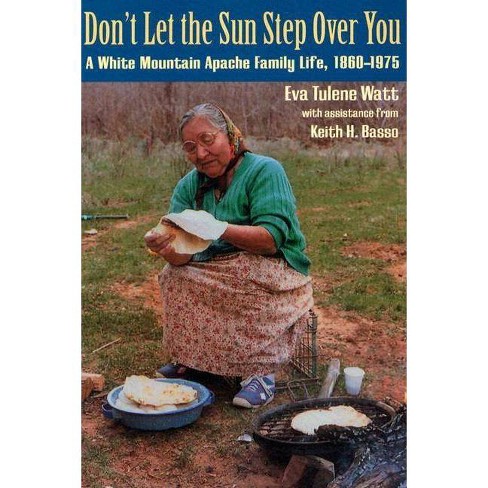 When the Apache wars ended in the late nineteenth century, a harsh and harrowing time began for the Western Apache people. Living under the authority of nervous Indian agents, pitiless government-school officials, and menacing mounted police, they knew that resistance to American authority would be foolish. But some Apache families did resist in the most basic way they could: they resolved to endure. Although Apache history has inspired numerous works by non-Indian authors, Apache people themselves have been reluctant to comment at length on their own past. Eva Tulene Watt, born in 1913, now shares the story of her family from the time of the Apache wars to the modern era. Her narrative presents a view of history that differs fundamentally from conventional approaches, which have almost nothing to say about the daily lives of Apache men and women, their values and social practices, and the singular abilities that enabled them to survive.

In a voice that is spare, factual, and unflinchingly direct, Mrs. Watt reveals how the Western Apaches carried on in the face of poverty, hardship, and disease. Her interpretation of her people's past is a diverse assemblage of recounted events, biographical sketches, and cultural descriptions that bring to life a vanished time and the men and women who lived it to the fullest. We share her and her family's travels and troubles. We learn how the Apache people struggled daily to find work, shelter, food, health, laughter, solace, and everything else that people in any community seek.

Richly illustrated with more than 50 photographs, Don't Let the Sun Step Over You is a rare and remarkable book that affords a view of the past that few have seen before--a wholly Apache view, unsettling yet uplifting, which weighs upon the mind and educates the heart.
If the item details above aren’t accurate or complete, we want to know about it. Report incorrect product info.