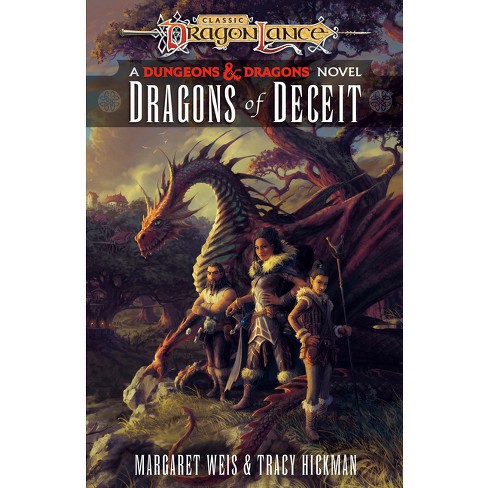 Margaret Weis and Tracy Hickman return to the unforgettable world of the New York Times bestselling Dragonlance series as a new heroine--desperate to restore her beloved father to life--sets off on a quest to change time. Destina Rosethorn--as her name implies--believes herself to be a favored child of destiny. But when her father dies in the War of the Lance, she watches her carefully constructed world come crashing down. She loses not only her beloved father but also the legacy he has left her: the family lands and castle. To save her father, she hatches a bold plan--to go back in time and prevent his death. First, she has to secure the Device of Time Journeying, last known to be in the possession of the spirited kender Tasslehoff Burrfoot. But to change time, she'll need another magical artifact--the most powerful and dangerous artifact ever created. Destina's quest takes her from the dwarven kingdom of Thorbardin to the town of Solace and beyond, setting in motion a chain of disastrous events that threaten to divert the course of the River of Time, alter the past, and forever change the future.

Margaret Weis and Tracy Hickman published their first novel in the Dragonlance Chronicles series, Dragons of Autumn Twilight, in 1984. More than thirty-five years later, they have collaborated on more than thirty novels in many different fantasy worlds. Hickman is currently working with his son, Curtis Hickman, for Hyper Reality Partners, creating stories and designs for whole-body, fully immersive VR experiences. Weis teaches the competitive dog-racing sport flyball. She and Hickman are working on future novels in this series.
If the item details above aren’t accurate or complete, we want to know about it. Report incorrect product info.