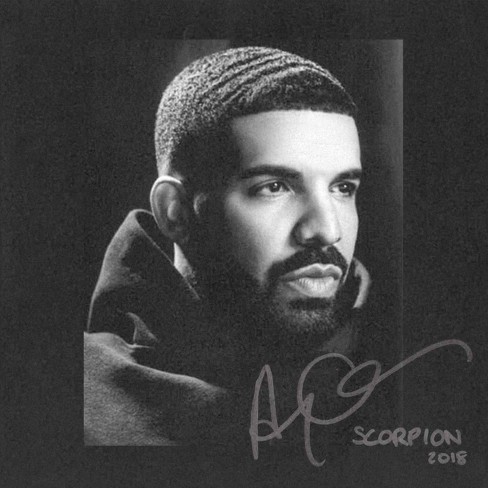 Rolling Stone - 3.5 stars out of 5 -- " It's an old-school prestige play, the most ambitious album of Drake's career, digging up Michael Jackson samples, the most expensive-sounding beats known to modern music and more songs than anyone seems to know what to do with. For the most part, it works."
NME (Magazine) - 3 stars out of 5 -- "[T]he twisted soul samples of 'Sandra's Rose' and 'Emotionless' rival that of COLLEGE DROPOUT-era Kanye, while there's ambient minimalism, old-school turntablism and deranged, joyous fairground vibes elsewhere."
Pitchfork (Website) - "He's never been more skilled as a technician or melodicist, and it's remarkable how many of SCORPION's 90 minutes are musically engaging."
Clash (Magazine) - "'After Dark' finds Drake delivering one of his best R&B-influenced cuts since 'So Far Gone', combining some unreleased music from the late Static Major with a stellar contribution from Ty Dolla $ign."
Disc 1
1. Survival
2. Nonstop
3. Elevate
4. Emotionless
5. God's Plan
6. I'm Upset
7. 8 Out of 10
8. Mob Ties
9. Can't Take a Joke
10. Sandra's Rose
11. Talk Up - (featuring Jay-Z)
12. Is There More