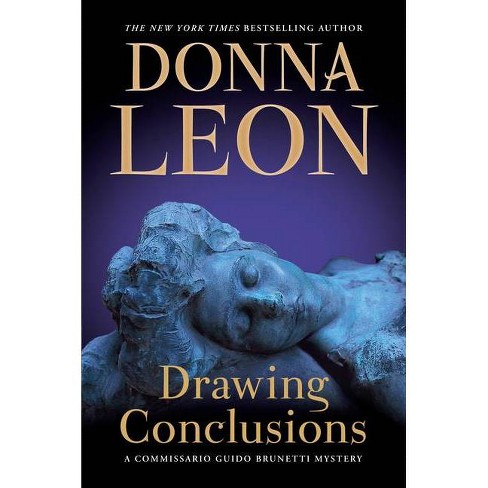 $16.00
new at target¬
no reviews yet
be the first!be the first! ratings
Release Date: coming soon!
Preorder for
Edit zip
Ships by release date with free standard shipping using RedCard
Help us improve this page

"Donna Leon's 20th Venetian mystery featuring her compassionate police detective, Commissario Guido Brunetti, epitomizes what we treasure most about this series: a feeling for the life of a sublimely beautiful city and a sensitivity to the forces that are reshaping it. Not to mention the pleasure of being in Brunetti's company when this shrewd but scrupulously honest man is having a crisis of ethics at the flower market or trying to pry information from a hostile nun. "--New York Times

"By now, with the arrival of Donna Leon's 20th Commissario Guido Brunetti Mystery, the Venetian police commissioner seems almost as much an institution as the city's venerable buildings. . . . In an age of diminished civic and religious authority, the commissario--as his investigation proceeds--must make Jesuitical decisions of his own about guilt and innocence, punishment and absolution. In this finely written account, he comes down (as we know he will) on the side of the angels."--Wall Street Journal

"There is always doubt mixed with anticipation before diving into the latest in a favorite mystery series. The uncertainty is always there--will it deliver the same fascination as previous books? Or will it disappoint? . . . The compelling characters and complex plot in Leon's Drawing Conclusions place it among her best. The atmosphere of the city, along with Leon's sharp insights and powerful narrative, validate her often-recognized status as a master of literary crime fiction."--Minneapolis Star-Tribune

"Leon brings so much to her work in addition to her subtle and entertaining plots. With her elegance of prose, the sympathy she invests in her characters and the vibrant portrait she paints of Venice, she creates literary fiction at its best. But the main attraction, as always, is Brunetti himself, humane and intuitive, sensitive and determined, who revels in his family life and does his best to bring justice to a lovely but corrupt city."--Richmond Times-Dispatch

"Donna Leon does for Venice what Tony Hillerman did for Navajo country and Ed McBain did for New York City."--Milwaukee Journal Sentinel

"Leon's twentieth novel starring Venetian police Commissario Guido Brunetti is one of her best. . . . When [Brunetti] muses, the reader listens almost hypnotically, transfixed by the somehow ennobling ordinariness of this remarkable man's humanity but also by the subtlety of his mind and his absolute refusal to succumb to the tyranny of bureaucrats and moralists. . . . Leon's popularity among mystery fans has grown steadily, but over the last several years, she has become a must-read for all those who favor character-driven crime stories."--Booklist (starred review)

"This fine novel is Leon's 20th mystery featuring Commissario Guido Brunetti, the unparalleled Venetian police investigator who enlivens this intelligent series. . . . As always, Brunetti's investigative acumen, his patience, and most of all, his profound comprehension of the human psyche enable him to bring the case to a closure of sorts. Yet the powerful conclusions does not, in fact, directly divulge the solution, and it is this haunting ambiguity that renders Drawing Conclusions Leon's most provocative novel to date. . . . VERDICT: Aficionados of literary mysteries such as those written by P.D. James and Michael Dibdin will revel in this stellar book. If you read only one mystery this year, make it this one."--Library Journal (starred review)

"Leon's fine 20th Commissario Guido Brunetti mystery explores violence against women and the treatment of the elderly. . . . Leon provides a vivid view of Venice, balancing the city's 'glory days' with the reality of 'the flaking dandruff of sun-blasted paint peeling from shutters.' Compassionate yet incorruptible, Brunetti knows that true justice doesn't always end in an arrest or a trial."--Publishers Weekly

"Hard to believe--but let's be grateful--that Commissario Guido Brunetti is on his 20th case. Essential for mystery collections."--Library Journal

"As languid in its movement as a gondola ride. Yet none of Brunetti's earlier cases is as remorselessly clear in connecting the delicately comic anti-authoritarian gestures Brunetti winks at to the miasma of corruption that hangs over his beloved Venice."--Kirkus Reviews

"From the very first page, you are drawn into the story with no desire to leave it until the final line."--I Love A Mystery

"Remarkably, for a long-running series, Leon's characters are more interesting now than they were 18 years ago. Even more remarkably, Leon's own skills, honed over so many books, have grown and matured, and that makes this most recent novel her best book so far."--Globe and Mail

"A great tale. . . . Readers will relish sailing the watery streets of Venice with the caring Commissario who understands justice and the law are not always in sync."--Midwest Book Review