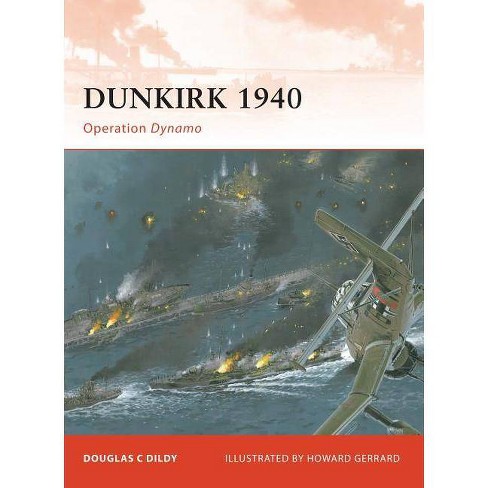 $21.99
no reviews yet
be the first!be the first! ratings
Shipping
Free standard shipping with RedCard
Loading, please wait...
Help us improve this page

During the Battle of Dunkirk in 1940, German forces successfully cut off several units of British, French and Canadian troops from supporting forces and supplies. Nearly 350,000 Allied troops were left stranded on the beaches and harbor of Dunkirk, in France, amounting to what Winston Churchill called "the whole root, core, and brain of the British Army." Between May 26 and June 4, 1940, in what was named Operation Dynamo, a total of 338,226 soldiers were rescued by hastily assembled boats to British destroyers and other large ships or directly back to England.

This book fills a gap in Osprey's coverage of World War II (1939-1945), as no Campaign titles have yet covered the Dunkirk evacuation, and, unlike previous treatments of the subject, provides a description and assessment of the operation from an operation perspective. Author Doug Dildy relates the various overlapping and interconnected struggles--land forces vs. land forces, air forces vs. air forces, air forces vs. naval forces, all in a race against time--and their operational impacts on one another in one coherent, coordinated volume.