Dying with Her Cheer Pants on - by Seanan McGuire (Hardcover) 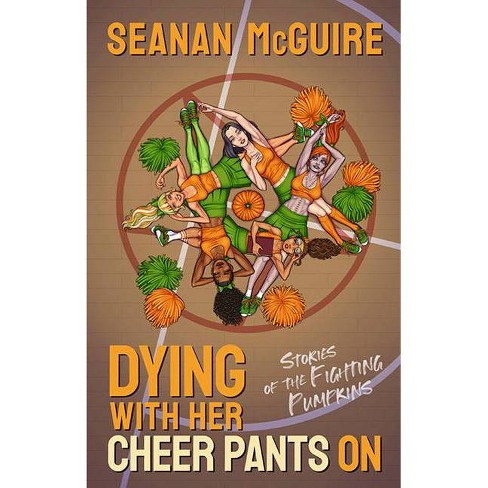 Despite its humble origins, there is no more challenging or physically dangerous teen sport in the world than cheerleading. Cheerleaders are seriously injured and even killed at a higher rate than other high school sports. Their stunts are performed in skimpy uniforms without the benefit of proper safety equipment]€]and yet they love them, glittery eyeshadow, spirit bows, and all.

And then there are the Fighting Pumpkins, who take that injury rate as a challenge. Students of Johnson's Crossing High School, they answer to a higher calling than the pyramid and the basket toss, pursuing the pep rally that is rising up against mysteries and monsters, kicking gods with the pointed toes of professional athletes chasing a collegiate career.

Meet Jude, half-vampire squad leader; Laurie, who can compel anyone to do as she asks; Heather, occasionally recreationally dead; Marti, strong enough to provide a foundation for any stunt; Colleen, who knows the rule book so well she may as well have written it; and Steph, who may or may not be the goddess of the harvest. The rest of the squad is ready to support them, and braced for the chaos of the big game, which may have a big body count. Prepare to jump high, yell loud, and look pretty with the Fighting Pumpkins, those glorious girls in the orange and green, whose high kicks could still be enough to save the world.

And if they're not, it isn't going to be for lack of trying.