Dynasty of Death - (Barbours and Bouchards) by Taylor Caldwell (Paperback) 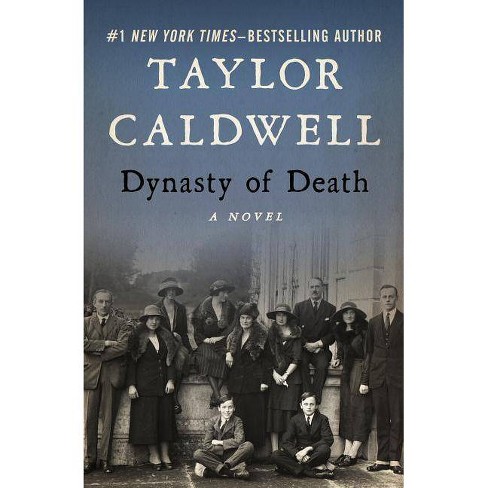 $25.99
MSRP$29.99
no reviews yet
be the first!be the first! ratings
Shipping
Free standard shipping with RedCard
Loading, please wait...
Help us improve this page

Taylor Caldwell (1900-1985) was one of the most prolific and widely read authors of the twentieth century. Born Janet Miriam Holland Taylor Caldwell in Manchester, England, she moved with her family to Buffalo, New York, in 1907. She started writing stories when she was eight years old and completed her first novel when she was twelve. Married at age eighteen, Caldwell worked as a stenographer and court reporter to help support her family and took college courses at night, earning a bachelor of arts degree from the University of Buffalo in 1931. She adopted the pen name Taylor Caldwell because legendary editor Maxwell Perkins thought her debut novel, Dynasty of Death (1938), would be better received if readers assumed it were written by a man. In a career that spanned five decades, Caldwell published forty novels, many of which were New York Times bestsellers. Her best-known works include the historical sagas The Sound of Thunder (1957), Testimony of Two Men (1968), Captains and the Kings (1972), and Ceremony of the Innocent (1976), and the spiritually themed novels The Listener (1960) and No One Hears But Him (1966). Dear and Glorious Physician (1958), a portrayal of the life of St. Luke, and Great Lion of God (1970), about the life of St. Paul, are among the bestselling religious novels of all time. Caldwell's last novel, Answer as a Man (1981), hit the New York Times bestseller list before its official publication date. She died at her home in Greenwich, Connecticut, in 1985.

To read more about the life and work of Taylor Caldwell, please visit www.taylorcaldwell.com.
If the item details above aren’t accurate or complete, we want to know about it. Report incorrect product info.