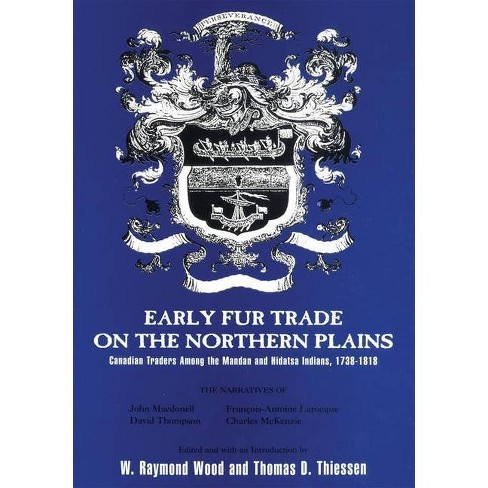 $29.95
undefined out of 5 stars with 0 reviews
be the first!be the first! ratings
Help us improve this page

Long before their first contact with whites, the Mandan and Hidatsa villagers along the Missouri River in what is now central North Dakota had established a prosperous center for a vast intertribal trade network across the Northern Plains. Early white fur traders, learning of the existence of these villages, were quickly drawn to them.

French, British, and Canadian traders were the first to arrive. Representatives of the Montreal-based North West Company were soon followed to the Missouri by employees of the rival Hudson's Bay Company, and for nearly thirty years the two groups competed for the beaver pelts collected by the Mandans and Hidatsas from tribes farther west.

Contact with the Canadian traders, and later with others who ascended the Missouri from Saint Louis, had a profound effect on the tribes, for it introduced Euro-American culture and trade goods that led to the extinction of their way of life.

There is especially good documentation of the dealings between the Mandans and Hidatsas and the whites for the period 1790 to 1806, when several literate traders visited the Indian villages and recorded their experiences and impressions in lively, colorful narratives. In this book are presented new, dependable, annotated transcriptions of five of the most important of these documents, the narratives of the traders John Macdonell, David Thompson, François-Antoine Larocque (two journals), and Charles McKenzie. Through the narratives and the editors' own thorough historical introduction, W. Raymond Wood and Thomas D. Thiessen reexamine the history of the fur trade in the North and provide fresh insight into that shadowy period. New maps show in detail the routes of the trader-narrators, and the appendix provides useful statistics, inventories, and financial accounts of the fur trade of the era.

Early Fur Trade on the Northern Plains will be of use not only to scholars of the fur trade and anthropologists but also to all those interested in the exploration and early history of the vast Northern Plains.