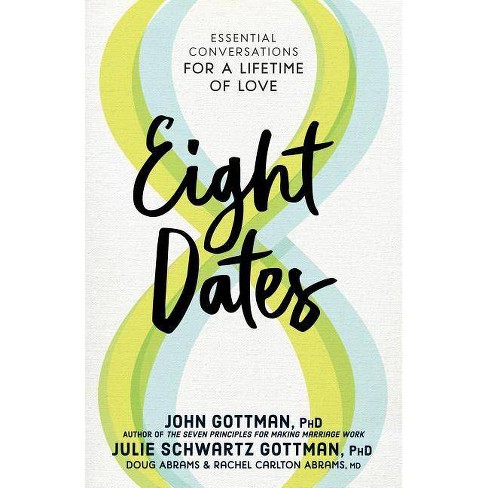 $13.99
MSRP$24.95
0 out of 5 stars with 0 reviews
be the first!be the first! ratings1 Question1 Question questions
Shipping
Free standard shipping with RedCard
Help us improve this page

World-renowned for his work on marital stability and divorce prediction, John Gottman, Ph.D., has conducted 40 years of breakthrough research with thousands of couples. His work on marriage and parenting has earned him numerous major awards, including four National Institute of Mental Health Research Scientist Awards. He is the author or coauthor of more than 40 books, including the bestselling The Seven Principles for Making Marriage Work; What Makes Love Last; The Relationship Cure; Why Marriages Succeed or Fail; and Raising An Emotionally Intelligent Child. Dr. Gottman's media appearances include Good Morning America, Today, CBS Morning News, and Oprah, as well articles in the New York Times, Ladies Home Journal, Redbook, Glamour, Woman's Day, People, Self, Reader's Digest, and Psychology Today. Cofounder of the Gottman Institute with his wife, Dr. Julie Schwartz Gottman, John was also the Executive Director of the Relationship Research Institute. He is Professor Emeritus of Psychology at the University of Washington, where he founded "The Love Lab" at which much of his research on couples' interactions was conducted. He lives in Seattle. Julie Gottman, Ph.D., is a clinical psychologist and the cofounder and President of The Gottman Institute. She is the cocreator of the immensely popular The Art and Science of Love weekend workshops for couples, and she also co-designed the national clinical training program in Gottman Couples Therapy. She is Author/co-author of five books: Ten Lessons to Transform Your Marriage, And Baby Makes Three, 10 Principles for Doing Effective Couples Therapy, The Man's Guide to Women, and The Marriage Clinic Casebook. Julie lives in Seattle. Doug Abrams is president and founder of Idea Architects, a literary agency, as well as an author and editor. His most recent bestseller is The Book of Joy, with The Dalai Lama and Desmond Tutu. He lives outside Santa Cruz, CA. Rachel Carlton Abrams, M.D., is an integrative physician and the author of the book BodyWise. She and Doug live outside Santa Cruz, CA, and have three young adult children.
If the item details above aren’t accurate or complete, we want to know about it. Report incorrect product info.