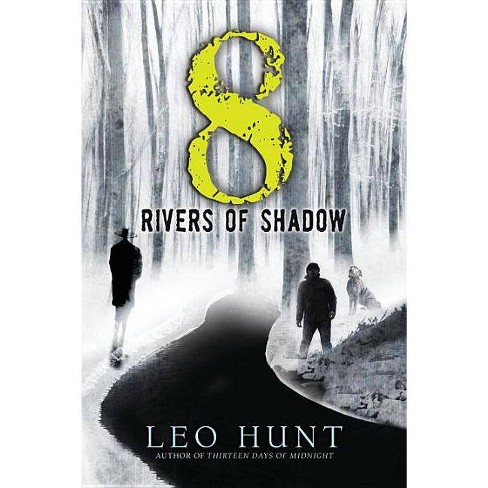 $9.99
no reviews yet
be the first!be the first! ratings
Shipping
Free standard shipping with RedCard
Help us improve this page

Hunt writes nicely effective horror, balancing the normal teen lives of his characters (most presumably white) against their supernatural adventures. As in the previous book, Luke's time spent inhabiting Ham's mind is a highlight. Whopping good suspense in the netherworld.
--Kirkus Reviews As dark and witty as the first work in the series, this sequel is a perfect follow-up to 13 Days of Midnight...The characterization of the teens, combined with a quick pace and a betrayal- and revenge-driven plot, speeds the work along to a satisfying if somewhat sad conclusion. But a few unresolved loose ends will leave readers sincerely hoping for another installment. Those already familiar with Luke, Elza, and the spirits of the banished Host will not be disappointed in this new adventure.
--School Library Journal Steeped in the macabre, 8 Rivers of Shadow pulls from a variety of dark lore and myth to create mystical horror backdrop...demons and spirits, like The Shepherd, The Widow, and The Fury, are easy to visualize and sympathize with despite their various circumstances.
--VOYA Despite Luke's previous ordeal, he begins this book with naivetï¿½ and even optimism, but his experiences here--coupled with the insights of the dead and the desperate living--show him some harsh truths about life and him- self. Even when Luke is making decisions that are questionable (which he usually admits: "It's the stupidest plan I've ever made, but I don't see another option") or downright disastrous, his good-heartedness and self-deprecating humor will keep readers rooting for him.
--Horn Book
If the item details above aren’t accurate or complete, we want to know about it. Report incorrect product info.