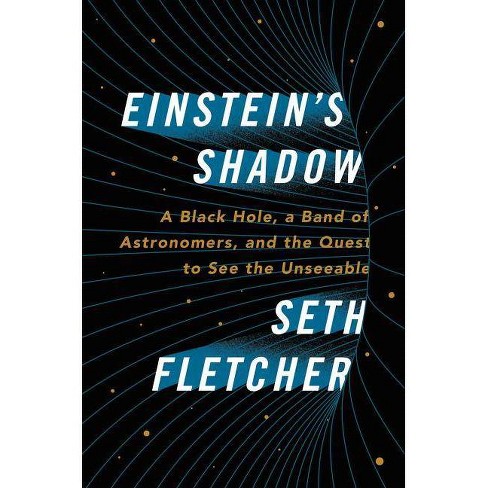 Einstein's Shadow follows a team of elite scientists on their historic mission to take the first picture of a black hole, putting Einstein's theory of relativity to its ultimate test and helping to answer our deepest questions about space, time, the origins of the universe, and the nature of reality

Photographing a black hole sounds impossible, a contradiction in terms. But Shep Doeleman and a global coalition of scientists are on the cusp of doing just that.

With exclusive access to the team, journalist Seth Fletcher spent five years following Shep and an extraordinary cast of characters as they assembled the Event Horizon Telescope, a worldwide network of radio telescopes created to study black holes. He witnessed the team's struggles, setbacks, and breakthroughs, and, along the way, Fletcher explored the latest thinking on the most profound questions about black holes: Do they represent a limit to our ability to understand reality? Or will they reveal the clues that lead to the long-sought theory of everything?

Fletcher transforms astrophysics into something exciting, accessible, and immediate, taking us on an incredible adventure to better understand the complexity of our galaxy, the boundaries of human perception and knowledge, and how the messy endeavor of science really works.

Weaving a compelling narrative account of human ingenuity with excursions into cutting-edge science, Einstein's Shadow is a tale of great minds on a mission to change the way we understand our universe--and our place in it.

--Priyamvada Natarajan, Astrophysicist, Yale University, author of Mapping the Heavens: The Radical Scientific Ideas That Reveal the Cosmos
If the item details above aren’t accurate or complete, we want to know about it. Report incorrect product info.