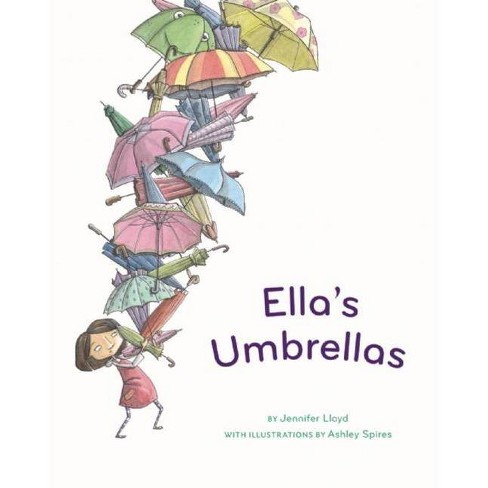 $6.89
MSRP$8.99
no reviews yet
be the first!be the first! ratings
Shipping
Free standard shipping with RedCard
Help us improve this page

Jennifer Lloyd is the author of several children's books, including Looking for Loons (a Canadian Toy Testing Council Top 10 pick), Ella's Umbrellas (an Alcuin Award for Excellence in Book Design winner, and a Rainforest of Reading and Christie Harris Children's Literature Prize nominee), The Best Thing About Kindergarten, Taffy Time, and the Murilla Gorilla early reader series (multiple books in the series are Alcuin Award for Excellence in Book Design winners and Canadian Children's Book Centre Best Books for Kids and Teens selections). When she is not at her writing desk, she works as a kindergarten teacher in Blainville, Quebec. You can find out more about Jennifer's books at www.jenniferlloyd.ca. Ashley Spires has a Bachelor of Fine Arts from Emily Carr Institute of Art and Design and a Graduate Diploma in Illustration from Sheridan College. She is the creator of the Binky The Space Cat series of junior graphic novels, which have earned her numerous awards, including the Silver Birch Express and the Hackmatack. She is the illustrator of several picture books, including Penguin and the Cupcake, Ella's Umbrellas, and The Red Shoes; and has also both written and illustrated several, including Larf, Small Saul and The Most Magnificent Thing, which are known for providing readers, young and old, with a good laugh. She lives in Ladner, BC. Find out more at www.ashleyspires.com.
If the item details above aren’t accurate or complete, we want to know about it. Report incorrect product info.