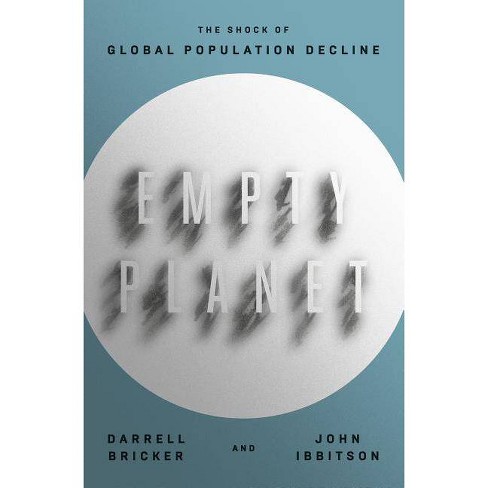 "Arresting. . . lucid, trenchant and very readable, the authors' arguments upend consensus ideas about everything from the environment to immigration; the result is a stimulating challenge to conventional wisdom."--Publishers Weekly (starred review) "Warnings of catastrophic world overpopulation have filled the media since the 1960s, so this expert, well-researched explanation that it's not happening will surprise many readers...delightfully stimulating."--Kirkus Reviews (starred review) "Thanks to the authors' painstaking fact-finding and cogent analysis, [Empty Planet] offers ample and persuasive arguments for a re-evaluation of conventional wisdom."--Booklist

"The 'everything you know is wrong' genre has become tedious, but this book is riveting and vitally important. With eye-opening data and lively writing, Bricker and Ibbitson show that the world is radically changing in a way that few people appreciate."--Steven Pinker, Johnstone Professor of Psychology, Harvard University, and author of The Better Angels of Our Nature and Enlightenment Now "While the global population is swelling today, birth rates have nonetheless already begun dropping around the world. Past population declines have been driven by natural disasters or disease--the Toba supervolcano, Black Death or Spanish Flu--but this coming slump will be of our own making. In this fascinating and thought-provoking book, Bricker and Ibbitson compellingly argue why by the end of this century the problem won't be overpopulation but a rapidly shrinking global populace, and how we might have to adapt."--Lewis Dartnell, Professor of Science Communication, University of Westminster, and author of The Knowledge: How to Rebuild our World from Scratch "To get the future right we must challenge our assumptions, and the biggest assumption so many of us make is that populations will keep growing. Bricker and Ibbitson deliver a mind-opening challenge that should be taken seriously by anyone who cares about the long-term future -- which, I hope, is all of us." --Dan Gardner, author of Risk and co-author of Superforecasting: The Art and Science of Prediction "A highly readable, controversial insight into a world rarely thought about--a world of depopulation under ubiquitous urbanization." -George Magnus, author of The Age of Aging and Red Flags: Why Xi's China is in Jeopardy

"This briskly readable book demands urgent attention."-The Mail on Sunday "A fascinating study."-The Sunday Times "Refreshingly clear and well balanced."-Literary Review
If the item details above aren’t accurate or complete, we want to know about it. Report incorrect product info.