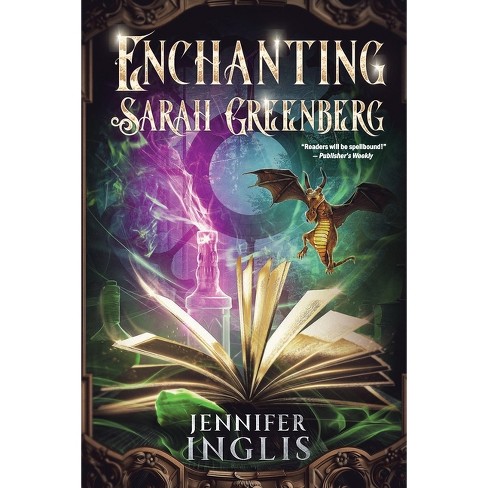 Food critic Sarah Greenberg is a normal thirty-nine-year-old content with her ordinary life. In fact, the only real excitement she has is the occasional hand she lends at her family's Chicago magic shop.

Until one day when the ordinary becomes extraordinary and a simple introduction to her boyfriend's teenage daughter unearths a family trait long dormant in Sarah.

Without even trying, she can do magic.

Her newfound, though late-blooming abilities make her part of a world she never imagined, and her family's long lineage of Magycians unravels Sarah's life.

Yet when she discovers her family's store is in danger, Sarah is forced to face an enemy more skilled, decades older, and intent on ruling the Magyckal world. Zondra Bex will not be denied. And if Sarah cannot develop her powers, then her family will pay the price.

But will embracing her newly discovered abilities eradicate everything Sarah believed herself to be?

Part rom-com, part The Dresden Files with a dash of Jewish mythology, ENCHANTING SARAH GREENBERG is a funny, fantastical look into a woman's struggle to find herself, believe in herself, and prove to everyone that she is extraordinary in her own way.

﻿"Inglis has a light, comedic touch with this fantasy romance, Enchanting Sarah Greenberg... [The] slightly bonkers worldbuilding brings the fun without ever sacrificing genuine emotion; despite the magical backdrop, Sarah and Colin feel wonderfully grounded. Readers will be spellbound." - Publisher's Weekly

The Girl Who Belonged to the Sea - by Katherine Quinn (Hardcover)

We Are Indivisible - by Leah Greenberg & Ezra Levin (Paperback)