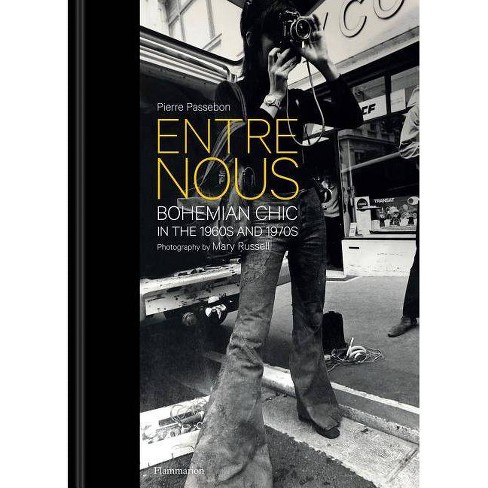 "[This] stunning tome ... features a collection of American journalist and photographer Mary Russell's photographs mixed beautifully together with her personal memoirs.... It paints an intriguing picture of an iconic era." --Image, January 2020 "If there was something fabulous happening with the beau monde during the decadent tumult of the 1960s and '70s, chances are that Mary Russell saw it firsthand.... Russell, currently in her 70s, unveils her glamorous past in a new book, Entre Nous: Bohemian Chic in the 1960s and 1970s (Flammarion), a collection of intimate portraits of her illustrious circle." --Departures, February 29, 2020 "Bohemian Rhapsody: Photographs of Andy Warhol, Loulou de la Falaise, and Marisa Berenson capture the birth of 60s cool." --Airmail, February 29, 2020 "The veteran fashion editor is a photographer to the core, today using a sleek iPhone instead of the bulky Nikon automatic of yore. "I want to record everything I like. It's never been about making money or selling pictures," she says. "It's sharing an intimate moment for the time I'm there, and capturing the essence of our human connection." In fact, roughly 80 percent of the images in her new book, "Entre Nous: Bohemian Chic in the 1960s and 1970s," have never been published -- and most never shown to the famous subjects she captured, from Jerry Hall and Charlotte Rampling to Gunter Sachs and Keith Richards." --WOMEN'S WEAR DAILY
If the item details above aren’t accurate or complete, we want to know about it. Report incorrect product info.