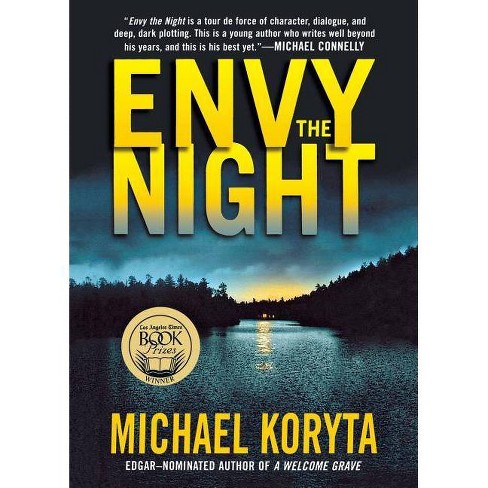 Michael Koryta secures his place as one of the thriller genre's "most powerful voices" ("Publishers Weekly") with a dark and psychologically complex novel about a young man trying to escape his past.

"With "Envy the Night," Koryta earns a seat at the high table of neo-noir crime writers."--"The New York Times"

In the seven years since he learned that his U.S. marshal father lead a double life as a contract killer--and committed suicide to avoid prosecution--Frank Temple III has mostly drifted through life. But when he learns that Devin Matteson, the man who lured his father into the killing game only to later give him up to the FBI, is returning to the isolated Wisconsin lake that was once sacred ground for their families, it's a homecoming Frank can't allow.

Frank finds Matteson's old cabin occupied by a strange, beautiful woman and a nervous man with a gun. But when a pair of assassins arrives on their heels, he knows Matteson can't be far behind. The wise move would be to get out of town--but that doesn't feel right. After all, contract killer or not, Frank's father was at heart a teacher. And his son was an excellent student....