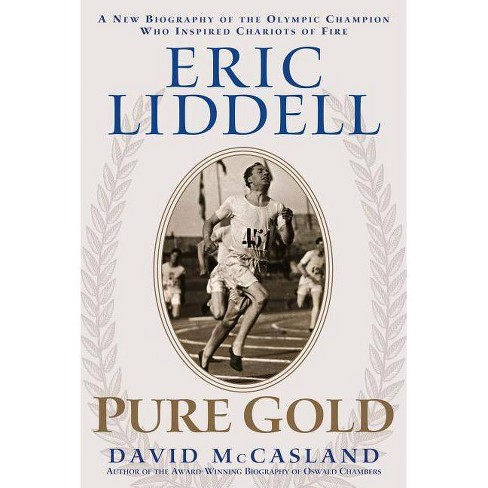 $13.29
no reviews yet
be the first!be the first! ratings
Shipping
Free standard shipping with RedCard
Loading, please wait...
Help us improve this page

In 1981, the low-budget British film Chariots of Fire took the world by joyful surprise and garnered four Academy Awards including Best Picture. Chariots of Fire has become a classic, still inspiring audiences around the world. But like most movies, it freely blends dramatic invention with the facts.

This book is the life story of Eric Liddell before and after his Olympic triumph at Paris in 1924. Who was he? What shaped him and forged the integrity that became the hallmark of his life? With the athletic world at his feet, why did he leave Scotland and spend the rest of his years in China as a Christian missionary? And who was the high school girl he met there who captured his heart and brought such joy as his wife?

Shy and retiring by nature, Liddell was by no means a charismatic personality, yet he drew people to him in a remarkable way. As a runner, his presence at a Scottish track meet often meant an extra 5,000 spectators beyond the normal crowd. But instead of using his athletic fame for personal advantage, it became his platform to serve others.

For those who already admire Eric Liddell, and for those who want to meet a man who "lived better than he preached," this book is written.