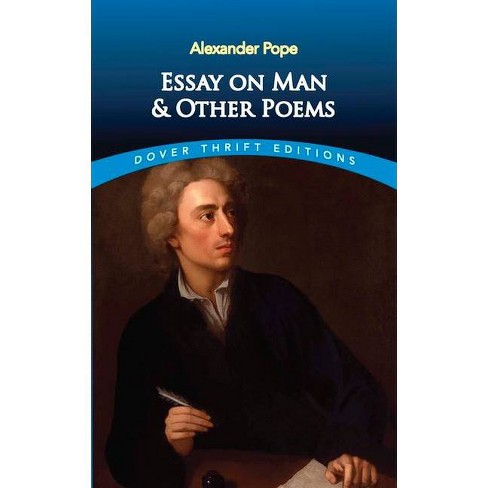 In addition to the acclaimed title poem, this collection includes The Rape of the Lock, Ode on Solitude, The Dying Christian to His Soul, An Essay on Criticism, Epistle to Dr. Arbuthnot and many others.

Considered the preeminent verse satirist in English, Alexander Pope (1688-1744) brought wide learning, devastating wit and masterly technique to his poems. Models of clarity and control, they exemplified the classical poetics of the Augustan age.
This volume contains a rich selection of Pope's work, including such well-known poems as the title selection -- a philosophical meditation on the nature of the universe and man's place in it -- and The Rape of the Lock, a mock-epic of rare charm and skill. Also included are Ode on Solitude, The Dying Christian to His Soul, Elegy to the Memory of an Unfortunate Lady, An Essay on Criticism, Epigram Engraved on the Collar of a Dog, Epistle [IV] to Richard Boyle, Earl of Burlington: Of the Use of Riches, Epistle to Dr. Arbuthnot; or, Prologue to the Satires and more.
Taken together, these poems offer an excellent sampling of Pope's imaginative genius and the felicitous blending of word, idea and image that earned him a place among the leading lights of 18th-century literature.
If the item details above aren’t accurate or complete, we want to know about it. Report incorrect product info.