Eternal Rome and Emperors of Rome - by Daniel Anthony-Ignatius (Paperback) 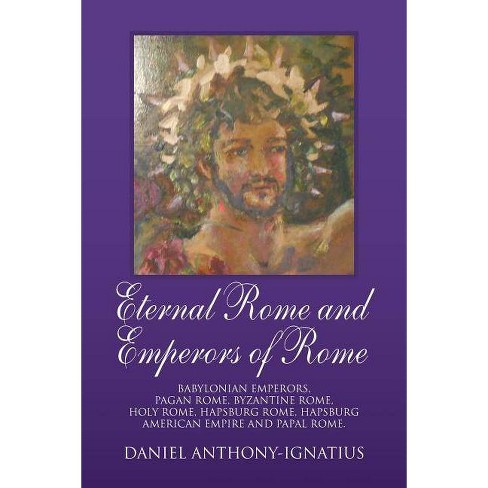 $7.79
0 out of 5 stars with 0 reviews
be the first!be the first! ratings
Help us improve this page

This historical book presents a list of the world's emperors and the years of their reigns from the Babylonian empire to present day.

The comprehensive list includes the emperors of pagan Rome; Byzantine Rome in its new capital; Holy Rome of Northern Europe; Hapsburg Rome from Germanic to Austrian, and Spanish empire in the New World; and Papal Rome, echoing the pontificates of pagan Rome at the beginning, since Babylon was a power with Egypt and its might.

Since the Roman republic of its founding in 506 BC to 1776 AD, much has altered in our view of history and of where we live.

History is important and can be reread and studied to learn the present. The world is larger than imagined. This book will make sense of our culture today. It tells of Egypt of the Old Testament, and Rome followed Egypt with its rod and shepherd's staff, of Moses and Aaron his high priest of that flail and bishop-like shepherd's staff.

About the Author: Daniel Anthony-Ignatius says he "was conceived in Germanicus Mannheim, and born to a Grand Ducal and Archducal family." A diplomat, he has lived in America since 1945 in twenty different locations. This is his fourth book with Strategic since 2010.