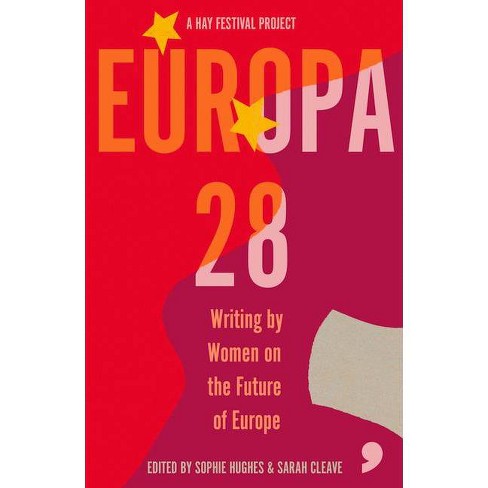 $19.95
new at target¬
no reviews yet
be the first!be the first! ratings
Release Date: coming soon!
Preorder for
Edit zip
Ships by release date with free standard shipping using RedCard
Help us improve this page

Asja Bakic is a Bosnian poet, writer and translator. She graduated from University of Tuzla where she obtained a degree in Bosnian Language and Literature. Her debut poetry collection, It Can Be a Cactus, as Long as it Stings (2009) was nominated for a Kiklop literary award in 2010, and her short story collection, Mars, was shortlisted for the Edo Budisa Award for young writers. Asja has translated Emily Dickinson, Henri Michaux and Alejandra Pizarnik among others from English, French, German and Spanish into Croatian. She also writes a blog, In the Realm of Melancholy (asjaba.com), and is one of the editors and authors of Muff (muf.com.hr), a web page dedicated to feminist readings of popular culture. Zsofia Ban (b. 1957) is a writer, literary historian, essayist and art and literature critic. She gre up in Brazil and Hungary. She made her fiction debut in 2007 with Esti is kola (Night school: A reader for adults). Her short stories have been widely anthologized. She lives and works in Budapest and is currently DAAD writer-in-residence in Berlin. Annelies Beck is a writer and journalist. She has lived in the Netherlands, Brazil, the UK and Belgium. She read History at Ghent and obtained an MA in Brazilian Studies at ILAS, University of London. Annelies currently presents the daily current affairs TV programme TerZake at the VRT (Belgian public broadcasting), and is a regular contributor to various newspapers, including De Standaard and De Morgen. She is the author of Across the Channel (De Geus, 2011) which traces the plight of Belgian refugees in Glasgow during the First World War, and Frenzy (De Geus, 2019) which is set in Brazil. Silvia Bencivelli is a science journalist, writer and radio/TV broadcaster. She has been working for RAI, the Italian national public broadcasting company, for fifteen years as a presenter on various programmes. She writes about science for various publications, including La Repubblica, Le Scienze and Focus and teaches Science Journalism at La Sapienza - University of Rome and at the University of Bari, as well as Communication and Science Journalism at several institutions. Her works include the novel, My Witch Friends (Einaudi, 2017), and the essays Why We Like Music: Ear, Emotion, Evolution (Music Word Media Group), ï¿½lamedicina, bellezza! - Perchï¿½ ï¿½ difficile parlare di salute (with Daniela Ovadia, Carocci, 2016) and Comunicare la scienza (with Francesco Paolo De Ceglia, Carocci, 2013). Her latest essay is entitled Sospettosi (Einaudi, May 2019).?She has received numerous awards for her work as a journalist and editor. Sarah Cleave is an Editor at Comma Press and the co-ordinator of the Northern Fiction Alliance. Hilary Cottam is an internationally acclaimed social activist whose work in Britain and around the world has focused on collaborative and affordable solutions to some of the greatest social challenges of our time, such as ageing, loneliness, chronic disease, good work and inequality. Hilary's book Radical Help: How We Can Remake the Relationships Between Us & Revolutionise the Welfare State was published by Virago (Little Brown) in June 2018. She has been recognised by the World Economic Forum as a Young Global Leader and in 2005 was named UK Designer of the Year for her transformative social practice. Hilary's TED talk 'Social Services Are Broken' has had three quarters of a million views. Hilary continues to support communities and governments around the world to grow and extend an approach to social change which puts capability, relationships and deep human connection at its heart. Lisa Dwan is an Irish performer, director and writer. She has worked extensively in theatre, film, and television, both internationally and in her native Ireland, and writes, presents, lectures and teaches regularly on theatre, culture, gender and Beckett. She is currently shooting a new TV series for Netflix called Top Boy produced by Drake & Lebron James and she has just fin
If the item details above aren’t accurate or complete, we want to know about it. Report incorrect product info.