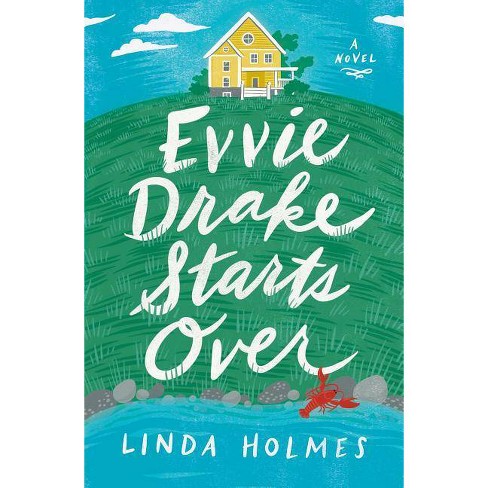 "Holmes writes with an easy warmth about kind people who are trying their best but messing things up anyway. . . . A warm and lovely romance, perfect for readers of Rainbow Rowell and Louise Miller."--Kirkus Reviews (starred review) "Evvie Drake Starts Over is a heartwarming rom-com about loss, grief and second chances.... Despite the kernel of sadness rooted at the novel's core, Evvie Drake Starts Over is a feel-good read that radiates warmth. Holmes nails the balance between romance and humor, with Evvie and Dean's effortless and truly funny dialogue being a particular strength.... Uplifting and life-affirming, Evvie Drake Starts Over is a perfect choice for fans of Rainbow Rowell and Marian Keyes."--BookPage (starred review) "The charm of Holmes' novel comes not only from a genuine friendship between Evvie and Dean that develops into a sweet romance but also from watching amiable Evvie stumble through the process of finding herself in a realistic way. A warm and funny book that will utterly captivate fans of Abbi Waxman and Taylor Jenkins Reid."--Booklist (starred review) "A smart romantic comedy . . . Evvie Drake Starts Over, ripe with amusing wit and charm, skillfully explores regret and longing, friendship, love and forgiveness and the challenges posed by reinvention. Strong characterizations and short, well-plotted scenes are filled with clever banter. . . . Readers will cheer for this richly drawn cast."--Shelf Awareness "Holmes's debut charms, as a young widow and a former Major League pitcher learn to begin again. . . . At times deeply emotional yet sometimes extremely humorous, this is a satisfying crowd-pleaser."--Publishers Weekly

"If you love well-written characters, quirky towns, and charming, hopeful love stories, this is the perfect book for your next summer read."--BookReporter "Deeply moving while simultaneously hilarious, Evvie Drake Starts Over is what happens when great writing, complex and charming characters, and a not-quite-what-you-expect ending collide. . . . Much more than just another romantic comedy."--Karen White, New York Times bestselling author of Dreams of Falling

"I was utterly charmed--this book shows us that just because you're broken doesn't mean you can't be put back together again. You'll want to stay cozied up with these delightful, unique, and incredibly human characters long after you turn the last page."--Doree Shafrir, author of Startup: A Novel and co-host of the Forever35 podcast

"A sweet and sincere grown-up love story . . . Fans of grounded romance will fall hard for Evvie Drake and Dean Tenney, two broken people who help each other mend. . . . Refreshing and real, with a huge heart. I loved it."--Georgia Clark, author of The Regulars and The Bucket List "Evvie Drake Starts Over is a warm, witty, and wonderful romance about the art of creating second chances--or a whole second act. Linda Holmes's moving, smartly written debut is so engaging, you'll be tempted to wish Evvie could start over yet again, just for a sequel."--Heather Cocks and Jessica Morgan, bestselling authors of The Royal We
If the item details above aren’t accurate or complete, we want to know about it. Report incorrect product info.