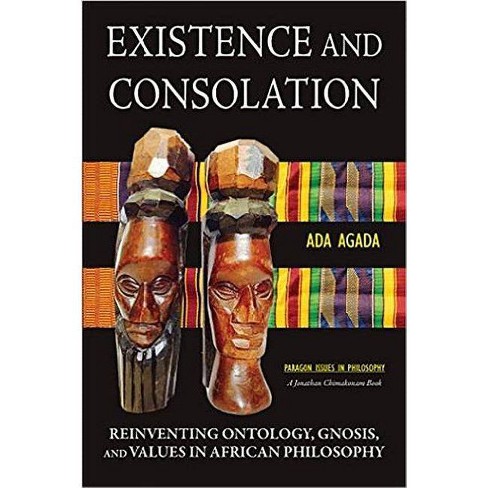 As Africa's global influence grows in the 21st century, the significance of that continent's philosophies rises as well. Ada Agada's Existence and Consolation supports that judgment. Agada sheds important light on the contemporary human condition and insightfully envisions what people share and need to honor in every time and place. John K. Roth, Edward J. Sexton Professor Emeritus of Philosophy, Claremont McKenna College

What is most exciting is that this account addresses significant elements of African life and thought, while at the same time making a robust contribution to world philosophy. It stands as a significant new contribution to the expanding literature on African forms of life and thought, and deserves a wide reading and careful thought. Bruce Janz, Professor of Philosophy, University of Central Florida

A challenging and well-informed rereading of African philosophy to date that, combined with a fascinating retrieval and transformation of Senghor as well as with the intriguing thought of the contemporary Nigerian philosopher Asouzu, leads to an impressively comprehensive speculative account of the world and of human experience. Professor Gerard Walmsley, Vice President/ Head of Philosophy, St. Augustine College of South Africa

...a sustained critique of major currents and orientations in African philosophy thus inaugurating a new order with the universal vision of consolation. It recaptures the ontology, gnosis and values determined by the weltanschauung of the African. The message is new and clear and the style irresistible. Professor O. A. Oyeshile, Department of Philosophy, University of Ibadan, Editor of Philosophy, Culture and Society: An African Gaze"