Faded yellow by the winter - by Scott Pearce (Paperback) 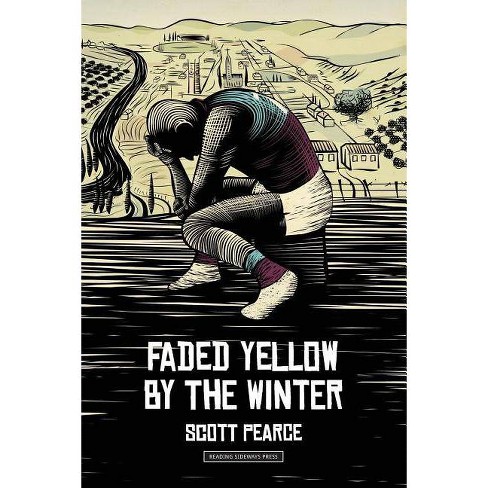 What is our relation to the land? How do we create and foster community? What happens when the social glue that keeps us together starts to dissipate and ties began to weaken?

Scott Pearce's debut novel, faded yellow by the winter, explores the tensions that arise in the farming town of Henrithvale: a small, but once prosperous town of north western Victoria. The novel's lead character, Vic, struggles in his bids to save the footy club, his family's inter-generational apple orchards while seemingly losing a grip on his relationships with his wife and daughters.

faded yellow by the winter is an accomplished debut from a writer who draws on a vast array of references and styles. The novel helps to call into question farming practices which are over-reliant on water as well as outdated modes of masculinity. The novel hints at unresolved conflicts between First Nations and Settler Australians.

This novel is more than just a 'footy novel' and 'regional Australia' novel: it is part realist, part magic-realist, and part-Western. Pearce's novel reflects and engages with some of the many unresolved tensions so many of us would rather ignore.

"A social realist novel about one of our most biting realities - the withering of rural Australia; its farmlands, its towns and its footy clubs." Martin Flanagan

"This is a story of football heroes and dying women. It is also a ghost story, in which the traditions of patriarchy haunt a family and a country town. Writing prose rich with the poetic and the Australian vernacular, Scott Pearce is an exciting new voice in Australian literature. He has written a novel that is uniquely ours and uniquely for our times." Maria Takolander