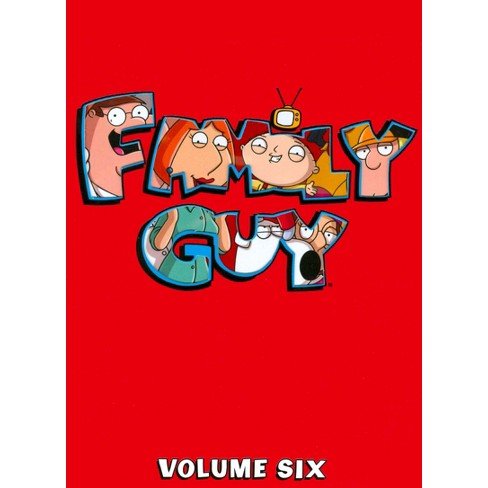 $19.98
undefined out of 5 stars with 0 reviews
be the first!be the first! ratings
Help us improve this page

This three-disc collection features Family Guy's 100th episode and 12 edgy episodes from Seasons 5 and 6 (2007-8) of the animated hit. Catch the Griffin clan's ridiculously hilarious antics, such as Stewie's (voice of Seth MacFarlane) not-so-successful attempt to kill Lois (Alex Borstein); Brian's (MacFarlane) discovery that he is a father; and patriarch Peter's (MacFarlane again) frequent visits to the Drunken Clam.
If the item details above aren’t accurate or complete, we want to know about it. Report incorrect product info.