Fantasies of Time and Death - by Anna Vaninskaya (Hardcover) 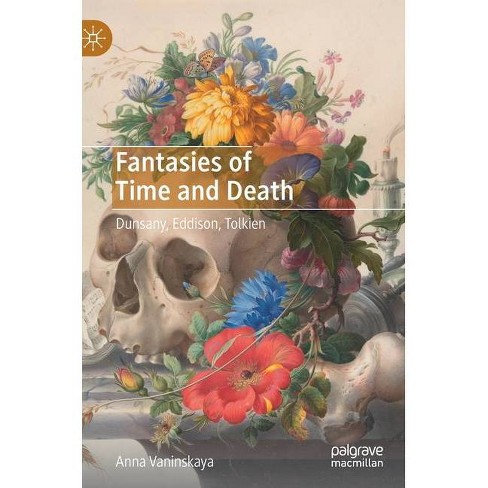 $55.00
no reviews yet
be the first!be the first! ratings
Shipping
Free standard shipping with RedCard
Loading, please wait...
Help us improve this page

Anna Vaninskaya's study of three major fantasists offers an important new perspective on the origins of the genre as a vehicle for philosophical speculation. By grouping J. R. R. Tolkien with his contemporaries Lord Dunsany and E. R. Eddison rather than with C. S. Lewis and the Inklings, she shows how these writers similarly use fantasy to explore time, death, love, and change.

-Prof. Brian Attebery, Professor of English, Idaho State University, Editor, Journal of the Fantastic in the Arts, Author of Stories about Stories: Fantasy and the Remaking of Myth

This important book makes a major contribution to our understanding of the impulse to create fantasy. Through a detailed study of three writers working in the first half of the twentieth century - Lord Dunsany, E.R. Eddison and J.R.R. Tolkien - Vaninskaya demonstrates how their invented worlds showcase their very different philosophies, providing them with an experimental testing ground as vibrant and complex as anything created by their modernist contemporaries. Ambitiously conceived, beautifully written and convincingly argued, her narrative helps explain as well as any book in recent memory why so many authors have turned to world creation as a means of expressing 'the nature of mortal existence' at a time of unprecedented global change.

"This is an important piece of scholarship that offers much-needed critical explorations of the works of Dunsany and Eddison alongside highly original readings of Tolkien's legendarium and manages to help the reader navigate very complex philosophical questions with lucidity. I can see this book being read and enjoyed by general readers too, which is quite an achievement."

-Dr. Dimitra Fimi, University of Glasgow, author of Tolkien, Race and Cultural History and Celtic Myth in Contemporary Children's FantasyThis book reveals the unique contribution made by the three founding fathers of British fantasy--Lord Dunsany, E. R. Eddison and J. R. R. Tolkien--to our culture's perennial reassessment of the meanings of time, death and eternity. It traces the poetic, philosophical and theological roots of the striking preoccupation with mortality and temporality that defines the imagined worlds of early fantasy fiction, and gives both the form of such fiction and its ideas the attention they deserve. Dunsany, Eddison and Tolkien raise some of the oldest questions in existence: about the limits of nature, human and divine; cosmic creation and destruction; the immortality conferred by art and memory; and the paradoxes and uncertainties generated by the universal experience of transience, the fear of annihilation and the desire for transcendence. But they respond to those questions by means of thought experiments that have no precedent in modern literary history. Anna Vaninskaya is Senior Lecturer in English Literature at the University of Edinburgh, UK. She is the author of William Morris and the Idea of Community (Edinburgh University Press, 2010) and over forty articles and book chapters on nineteenth and twentieth-century literature, politics and history.
If the item details above aren’t accurate or complete, we want to know about it. Report incorrect product info.