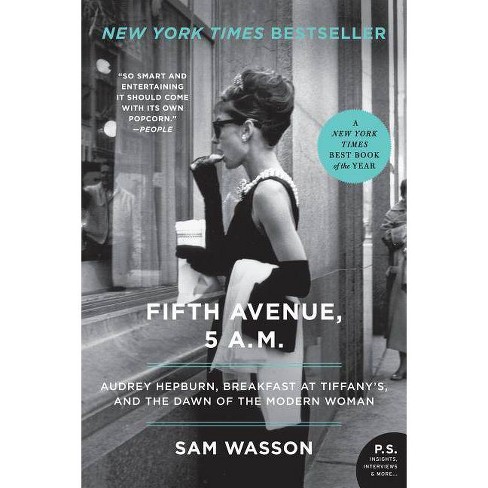 $13.99
undefined out of 5 stars with 0 reviews
be the first!be the first! ratings
Help us improve this page

There has always been a certain kind of woman in motion pictures -- the girl who stays out late, drinks a little too much, and has sex before marriage. But until 1961, she was always the bad girl, who had to repent for her wild ways before the end of the film. All of that changed with the release of "Breakfast at Tiffany's," when Audrey Hepburn showed the world that a certain kind of woman could also be a heroine.

In the first complete account of the making of this iconic film, Sam Wasson presents an abundance of behind-the-scenes facts and delicious gossip: Truman Capote wanted Marilyn Monroe to play the leading role; director Blake Edwards filmed multiple endings, and George Peppard was universally disliked on the set. With a colorful cast of characters that includes Colette, Edith Head, Givenchy and Henry Mancini, Fifth Avenue, 5 A.M. is the perfect guide to the movie that democratized glamour and paved the way for the social upheaval of the sixties. Sam Wasson studied film at Wesleyan University and the USC School of Cinematic Arts. He is the author of A Splurch in the Kisser: The Movies of Blake Edwards. He lives in Los Angeles. "Sam Wasson is a fabulous social historian ... Fifth Avenue, 5 A.M.] is as melancholy and glittering as Capote's story of Holly Golightly." -- The New Yorker--Leonard Maltin, author of Leonard Maltin's 151 Best Movies You've Never Seen
If the item details above aren’t accurate or complete, we want to know about it. Report incorrect product info.